Egyptian divorcées: The Challenges they Face 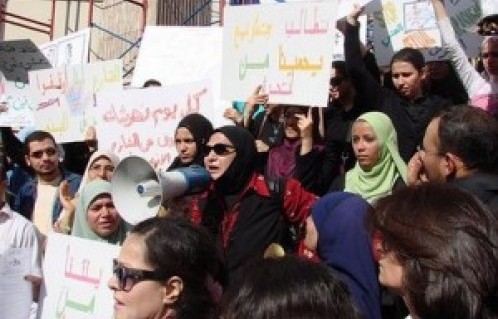 Egyptian film is the most widely viewed cinema in the Arab world, and Egypt is one of a few countries in the region that has maintained this industry since the 1930s, despite war and instability.

Accordingly, Egyptian movies, which have long inspired people across the Arab world, have significant potential to positively affect women’s roles in the region and address social issues that might otherwise be taboo for mainstream media, such as divorce – something that affects Egyptian women of all socio-economic levels.

“Currently divorce rates in Egypt are very high, yet we don’t see [portrayals of] the financial and psychological challenges divorced women face on the big screen. On the contrary, they are portrayed as opportunists whose only aim is to catch a husband. This is extremely unfair,” said Farida Mar’y, a movie critic.

While women in the Arab world face many challenges, divorced women, especially in Egypt, face some significant hurdles. Most divorcées were previously housewives who, when they find themselves on their own, need to work for income. For that, they often need to go back to school or attend trainings since they might have been out of the workforce for years, or never worked. According to Egyptian law, fathers are required to support their children financially. Women are expected to support themselves while simultaneously taking care of children in their custody.

Divorced women also deal with society’s negative attitudes and stigmas. Consequently, a divorced woman is not likely to marry again, but a divorced man often does.

While the entertainment industry cannot be depended upon to help change attitudes toward divorced women in society, specialised film projects and initiatives are representing their interests.

Radio Divorcée, for example, is an independent online radio station created and managed by Mahasen Saber, a divorcée who felt that other women in a similar situation were not well-represented in mainstream media. She decided to raise awareness about the challenges she and other divorced women experience in their daily lives, meanwhile highlighting their achievements and success stories.

“I felt that divorced women are not only marginalised in the media but also rejected by their communities. That’s why I decided to make my radio station a bridge so people can understand them without stereotyping or jumping to conclusions,” Saber explained.

The radio station presents topics related to divorced women and aims to have a positive impact on this group, pushing them to fulfill their dreams and ambitions, while overcoming social obstacles. Programmes on Radio Divorcée also feature psychologists who discuss the psychological trauma that can result from divorce and who provide helpful information on how divorced women can support their children and successfully continue their lives.

Last year, for example, the feature-length film 678 was produced especially to discuss sexual harassment and how its victims can face their community and stand up for their rights in multiple ways. The movie’s storyline follows three fictional women from different socio-economic backgrounds who experience harassment and decide to combat it by raising awareness about it, unlike most victims of sexual harassment – who all too often remain silent to protect their so-called “honour”.

The movie had an impact on audiences because it was realistic, reflecting true stories affecting almost every woman in Egypt. This film paves the way for women not only to turn something scary and negative into something positive, but also to propel action by spreading the word and becoming role models for other women in the same position.

Radio Divorcée and 678 provide the film industry with examples of what media can do for real women. The first step is to raise awareness of these issues – like harassment, incest, arranged marriages and other all too common problems.

In the year of the historic Egyptian revolution, it is time to revolutionise film and draw inspiration from the issues that really impact our communities.

Rasha Dewedar is an Egyptian journalist with a special interest in the Middle East, gender issues and science.