Egyptian Blogger Jailed: What Sort of Democracy is This? 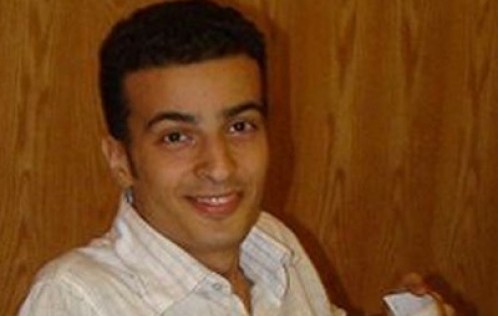 While in excess of 12,000 individuals currently languish in military jails, one case in particular has caught the attention of activists and the media alike, causing many to cast a darkly ironic glance at the “free and fair” electoral process currently underway in Egypt.

Maikel Nabil, a Coptic blogger, was today sentenced to two years in prison and fined L.E.200 (around £22) for “insulting the military” in a blog post he published in March entitled “The army and the people were never one hand”.

The post consists of study in which Nabil documents cases of military violence or oppression in an attempt to prove that the army are not, and have never been, on the side of the revolution.

Nabil was arrested on March 28th, and originally sentenced in April to 3 years in jail. He appealed the verdict and has been on hunger strike since August 23rd in protest against the decision to try him in a military tribunal as opposed to a civilian court. According to his brother in comments made to AFP news agency, Nabil has vowed to “escalate his hunger strike” in light of today’s verdict. “He was drinking juice and milk, but now will only drink water”.

Today’s verdict cannot be appealed, and has struggled to make headlines, having been partially drowned out by the media-storm surrounding the second round of Parliamentary Assembly elections.

The dark irony of such a blatant attack on freedom of speech going mostly unremarked due to the cacophony of self-congratulation over the success of the country’s “open” elections has not been lost on activists. The hashtag #MaikelNabil has been generating comment all day, with tweets including:

#MikelNabil gets to 2 years in jail for “insulting” #SCAF. sentence announced during #egyelections to avoid media attention…cowards.

#MaikelNabil sentenced to 2 yrs in prison for just writing his opinion. This is the New #Egypt #FreeMaikel

So #MaikelNabil gets sentenced on election day when all the media are distracted? No way in hell that’s a coincidence. #egypt

Nabil is the victim of an autocratic system of government masquerading as a guardian of democracy and the people’s revolution. There are other victims. Aside from those arrested,  thousands more have become victims of state-condoned violence or oppression in the months since the revolution.

The recent arrest and assault of Egyptian-American journalist and activist Mona Eltahawi is an excellent example of this. One of many who has been detained and physically abused in recent months, Mona, who has a nearly 100,000 strong following on twitter was able to draw attention to the issue in a way that few others could have managed. After being released, she tweeted: “Five or six surrounded me, groped and prodded my breasts, grabbed my genital area and I lost count of how many hands tried to get into my trousers. Yes, sexual assault. I’m so used to saying harassment but [they] assaulted me.” Her graphic description of the ordeal, along with photos of casts on her right arm and left hand, both broken whilst in police custody, caused a media spotlight to be shone on the conduct of security forces in the “New Egypt”.

A further abuse of military power is demonstrated by the treatment of Alaa Abdel Fattah, a prominent blogger. Today, his trial, along with that of 27 others, was delayed for the third time, extending his jail time pending investigations. After months of protests and support for Alaa, SCAF agreed on Monday to allow his case to be tried in a civilian court. Alaa has been imprisoned since October, when he was arrested for allegedly inciting violence during the Maspero massacre on October 9th, when army brutality caused the deaths of dozens of protesters. Alaa’s imprisonment is widely seen as an attempt by the army to deflect blame from themselves and onto civilians.

These injustices are not exceptional cases in an otherwise open society, they are simply the cases that have attracted the most attention. These are the individuals the army have made examples of, as a warning to the people to take the freedoms they have been given, and to be grateful. Not to demand more, and not to criticise.

There can be no democracy in a country where people cannot speak and express themselves freely. Democracy is about far more than elections, it is about open and honest debate. If the army was on the side of the people, it would defend these freedoms that the martyrs of the revolution died in pursuit of; the freedom to criticise, and the freedom to speak, even when those in power do not like what is being said. Instead, they have chosen to clamp down on them, casting a giant question mark over the future of Egyptian “democracy”.