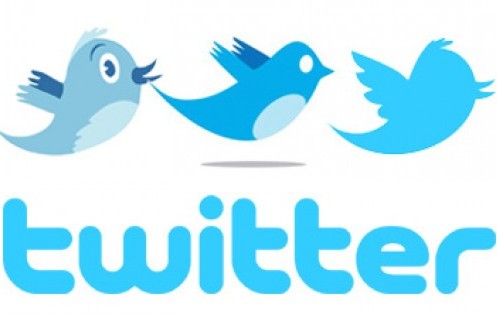 Just in case they’re of any use, here are five smarter Tweeting tips triggered by things I’ve been noticing cropping up on Twitter recently.

1) Want retweets? Write for retweets!
Just in case you’re asking, 117 characters is a ‘retweetable’ tweet – you can retweet without having to edit my tweet. In fact, much of my Twitter editing time goes into editing other people’s tweets so I can share them. That’s partly my fault, I have a long twitter handle (this has long been a subject of debate, but it’s my name and I’m sticking to it) – but it’s also people not thinking about where their tweet is headed. This is not a good thing, as generally you’re sharing a tweet because you want to share information widely (otherwise, surely, you’d just be keeping it to yourself!) and retweets are grist to the sharing mill. With this in mind, it’s generally a good idea to keep Tweets to around the 120 character mark. And, of course, a link will further reduce your character count! This means some judicious editing, but doesn’t mean you have to sacrifice ‘proper’ language.

2) Edit like you mean it
I’ve come across a few posts out there about ‘why writers should tweet’ and the like and, while I generally agree that Twitter is a great way for content producers (that’s what we call writers these days. It’s so much more practical than ‘novelist’, isn’t it?) to connect with audiences, I think it has a much more powerful role to play. You see, Twitter is a fantastic editing tool. The discipline required to get your message across in 140 characters (or, in my case, in 117 characters) is considerable. But it can usually be done – and without resorting to eight year-old text speak – with a little consideration and some editing.

The skills used in twediting are the same skills we use when editing writing – boiling sentences down so they say what you mean without unecessary verbiage and redundancies, rephrasing sentences to make them crisper and clearer. In fact, rare is the tweet that couldn’t use a quick edit.

I thought I’d just pick a tweet at random to show what I mean:

This tweet left one character .What can we do to improve it? Well, we can get rid of ‘this morning’ as we know it’s the morning. We could also get rid of ‘doesn’t it?’, although you could argue this is an invitation to engagement, which would be a good thing. So we’ll just change it to ‘isn’t it?’. And we can now ditch the ‘text speak’ and be left with a properly punctuated tweet of 120 characters that hasn’t lost a thing:

The weather’s so poetic; the inspiration is itching to get out, isn’t it? We hope your inspiration’s fully active today!

3) Delete Redundancies
One word you can almost always ditch, in twitter and MSs alike, is ‘that’ – a word responsible for almost as many wasted bytes as Tim Berners-Lee‘s //. It’s almost always redundant. Phrases like ‘somewhere else’ can become ‘elsewhere’ and save five characters. And an odd thing I frequently see is hashtagged tweets that repeat the whole hashtagged phrase unnecessarily, as in:

Obviously, the hashtagged Olives can go, the tab being appended to the remaining Olives. And you can stop saying ‘dah’ in that tone of voice, I see people doing this all the time.

4) Consider the structure of your tweet
People often seem to forget that starting a tweet with the @ character means that only people who follow you AND the person you’re @ing will see that tweet. If you want to address the widest possible audience, restructure your tweet to place the @ handle within the tweet itself, for instance:

Another thing about twitter handles is they’re not invalidated by punctuation, so if you tweet Hey, @alexandermcnabb! I’ll still get that tweet – there’s no need to add a space either side.

5) Bear context in mind
When you tweet ‘You’re absolutely right!’ to someone three hours after they have shared the tweet you agree with, you’re likely forcing them to backtrack the conversation to find out what on earth you’re talking about. Similarly, a Tweet like ‘I think you’d probably agree with @randomperson on this one!’ is hardly helpful.

Tweeting a link to your content more than once is a temptation, but I always think it’s politer to append ‘in case you missed this’ or another phrase that makes it clear you’re repeat tweeting.