Dubai’s Unsustainable Businesses: When’s a farm not a farm? 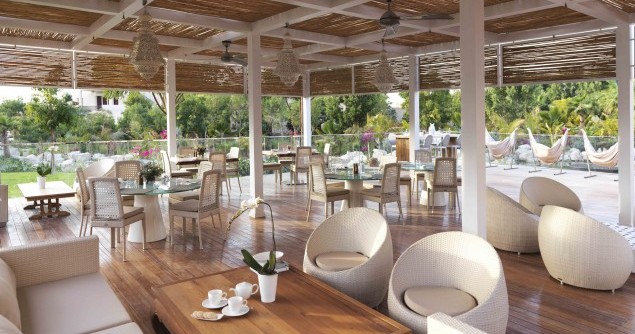 I have a pet hate of misnamed brands. I’ve had a go at Jones the Grocer for this. There are others that spring to mind – The Meadows – a region without meadows, Arabian Ranches with no cowboys, and now, The Farm. Where the livestock have pelts of Massimo Dutti and Chanel, and graze on eggs Florentine and pistachio waffles. Where the flora is bougainvillea, Millingtonia and Petunia, their only fruit to bear the atmosphere they create. Where farmhands carry trays and platters, barns are bespoke danish design meets Balinese languor. Animal noises are upper class titters, mewling babes and the tapping of impatient feet with polished leather soles.

No – not a farm. An oasis, perhaps. A hackneyed word in the dusty middle east, I know, but possibly the closest its modern form has ever taken. An island of tropical luxury between desert and construction debris, six-lane highways and obtuse inland highrise. When at The Farm, you can’t hear the roads, see the sand, smell the pollution or hear the hammering. Oliver Robinson from Time Out describes it as a scene from “Lost”.

Before reading that, I myself had though of Jurassic Park – it’s constructed, sure, but so dense on the perimeters it successfully transports you to another world. A jungle road leads you in, and within seconds from leaving the 311, you’ll find yourself winding through the palm wrapped jungle path of the Al Barari development (Arabic for the wilderness) to its flagship restaurant. It too is green, tropical, sleek and classy, sheltered and cocoon like. It has its own babbling brook and glittering pond. White fans spin silently overhead, creating an ambiance of colonial comfort in a wild outpost and generating the same emotions I find in famous old bars like those in the Galle Face Hotel or Raffles. It’s beautiful, has taken Dubai restaurant design a step further, and will be difficult to match. I find it hard to name another venue in Dubai where one feels so completely displaced from everyday Dubai daily grind. Add to that, the food’s good, the coffee is reasonable, and the prices are lovely. And so I’ll forgive the farm for their silly name.

The only real problem I have with this restaurant it is that it is not sustainable. I’m not talking eco green warrior hippie tree loving organic bio-dynamic sustainable (although there are probably a few issues here – but not more than any other cafe that has a stab at this happily thriving niche of the market) I’m talking good, old-fashioned, economically sustainable. I just can’t make the numbers add up. And so, despite me, and some others enjoying this relatively new venue quite relishingly – enough to bother to drive out to whoop-whoop and do the insane 18km u-turn – I can’t see it being a financial success. And so that makes me worry. How long will it stay?

Firstly, it’s on about an acre, and nestled in the billionaires hideaway that is Al Barari. That has to make it one of the most expensive restaurant properties by total land value, there is in Dubai. It’s in the company of venues like (another strangely named) At.mosphere up the top of the Burj Khalifa – where prices reflect the soaring heights – and the sprawling beachfront Nasimi of Atlantis with its money making capacity of approximately 5000.

Secondly is their prices. They are just too good. It’s fairly easy to eat a good sized breakfast or lunch for about 45AED if you’re happy to stick to one simple course. Panko Crusted Tiger Shrimps as a starter are 30 AED. The salads at around 35-50AED are substantial and make an easy meal, but if you really want extra, then even some Goong Mangkorn Sos Horapa – Lobster in Thai Basil Sauce is only 65AED, and desserts all sit firmly under 30AED. Maybe they are making their profits on coffee, which is 25AED (Hot chocolate 29AED), which seem a little off kilter with the rest of the menu considering it does not come with a gold plated cookie alongside.

Thirdly is the quality. The Farm’s policy commands they “select only the finest ingredients in the preparation of its food, most of which are locally grown and organic… ethically sourced and prepared, with emphasis on fine produce and a taste for nothing but the purest combinations.” Now – we all know how expensive organic and sustainable food is, not to mention the economic cost of quality. I must admit I do wonder at the possibility that “most” of the menu ingredients are locally produced, but I’ll agree, the food is of a very high standard.

I’ve tried their smoked salmon, beef, bread, eggs, salad, juices, coffee and more. Not a whole heap of ground breaking going on in terms of recipe, but the food appears to match the mission statement in “most” ways very well. But it’s not just the food – the finishing is dead posh. Menus are on iPads (pity you can’t just order and click though – would save a whole heap of waiting for service, and make the gadget actually have a viable use). All white leather, canvas and recycled timbers, glass, perspex and bamboo – outdoor seating in pods, sofas or hammocks, water features as large as a Boeing 777, gardeners raking up falling petals around the clock. It’s not cheap looking this gorgeous, and I expect if I also got Etcetera Living to design my lounge interior, then I’d probably wonder why I didn’t buy an island instead.

Lastly, it’s the capacity, and the desire (and possibility the capability) of the staff to fill the restaurant. The interior apparently seats 80, but of that, half of it is lounges, where they would not serve us food – only drinks. This leaves summer dining at about 40 covers per service, provided every single seat is taken. Outdoors holds three other areas – one of which is relegated to events it would appear, and has been closed on both occasions I’ve been – and a garden with seating again, where diners are unable to, ahem, dine. The dining pavilions left would at an estimate hold another 80 combined, but this includes two very large tables (12+ pax), and I am unaware of their communal dining policy.

Now. All this might still be sufficient to generate an income IF the staff knew how to efficiently turn a table. After a blissful breakfast earlier in the week, I returned for a Saturday lunch, without booking, at mid-day, hoping I could slide my family of four briefly onto a late-reservation table. The interior had only one table taken at this point, and outside more than two thirds of the tables did not have diners at them. Reserved tables were clearly marked with the time of the booking. Despite that, it took fifteen minutes for me to persuade the maître d’ to allow us to sit at a 1pm reserved table for a quick feed.

At moments it was a little on-edge, and if I had not just done an 18km U-turn, and had kids saying it was the prettiest restaurant they had ever seen, then I would have high-tailed it out of there with my nose in the air. Especially when the maître d’ in a period of visible inaction said “Please be patient, Madam, ” insert sneer, “You do realise I am doing you a favour here…” Oh. Really? And here, I thought I was the one paying… Eventually, we ate very easily in the 45 minutes that remained, and left the table at 12:58. We then wandered around the garden and sat in the swinging chairs for at least 20 minutes. When we left at about 1:30, the restaurant was still less than a third full – both inside and out. Our own table, I noted, was still unoccupied. My husband will never return. I’m divided – it’s just so damn beautiful….

This, coupled with another friend’s experience, where their reserved and confirmed booking disappeared and they were turned away without an apology or any attempt at a rescue (another blogger incidentally – she may write about it soon, and I will link up), makes me believe they cannot be taking much more than about 8000AED per lunch service, even on the weekend in good weather. I used to take that in a quirky licensed city cafe the size of a bathroom on a weekday lunch. How long can a take like that in a place like The Farm continue before the books are so red they’ll never see black again?

In Dubai, there are many businesses that appear to fail the first rule of business – they should make money. Just look the empty stores in the Gold and Diamond park, the waterside desolation on a weekday lunch at the Dubai Mall, the bored staff at designer boutiques in elite corners of the Mall of the Emirates, the five-star hotel restaurants that seat only 10 people on a Thursday night, half of which are dining on Entertainment vouchers. Most are a misunderstanding of the market, probably stemming from the pre-2008 idiom following the lines of  “build it and they will come”. They built it, but nobody came. The people either are not there, can’t afford it, or they just don’t want it. The Farm does not seem so doomed as this. People ARE coming. They DO want it. But are changes going to come soon that make the venue profitable? Or will we see another gradual decline in quality, and eventual closure or at the least another white elephant. My faith in the way things in Dubai works says the latter. Please, people, prove me wrong.