‘Dubai Landlords, Beware: We’re Up To Your Tricks’ – Authorities 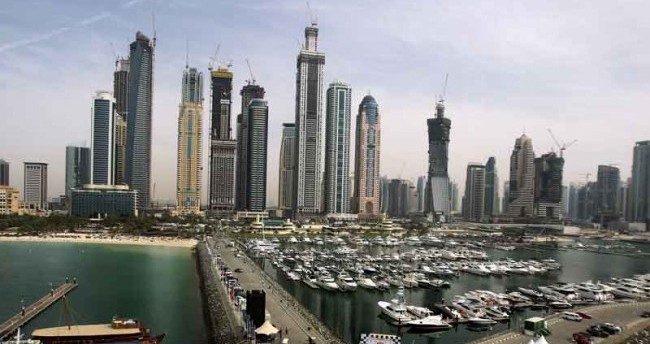 Today’s The National reports on a 50% increase in Dubai landlord/tenant cases going to law on the back of rental increases that have topped as much as 40% year on year.

Sure enough, the news that we’re back in the property-flipping, mega-development real estate boomtastic jetstream has filtered down to landlords, who have had to deal with a good five lean years as Dubai’s over-heated 2008 rental prices dropped like a stone circling a black hole, resulting in a market awash with a glut of unwanted housing.

Nowadays, we’re looking at undersupply of rental property – I’ve come across several people who’ve actually found it hard to find a flat, particularly at reasonable prices. And the news that we’re back has prompted landlords to take the fast boat to rent increase paradise and just evict their current tenants at the end of their one-year contract.

Except you can’t do that anymore – there’s a pesky property law in place now and what’s more it’s actually being enforced. Dubai’s got a sparkly new property tribunal which means wronged tenants (and, yes, wronged landlords) can take their case to law quickly and get a settlement – and in the meantime property regulator RERA hears cases.

That law has two fascinating clauses. The first relates to the RERA rental calculator, a basket of average prices which is used to calculate permissible increases in rent for landlords, the ‘average similar rent’.

Decree No. 2 of 2011 on rentals in Dubai states that increases in rent are allowed as follows:

In other words, even if your property rental price is less than half the RERA calculated market average (which is itself often less than market ‘asking prices’), your landlord can only increase the rental by 20%

Ah, but he can just chuck you out at the end of your rental in any case. Well, actually, no he can’t.

Dubai’s property law states a landlord must give a tenant 12 months’ notice to vacate a property AND have good reason to do so. The usual canard is that he’s moving himself or his family back in. Fine, but the law actually states he has to prove he has no suitable other property for this purpose AND if he does re-let the property, the original tenant is due compensation.

So there’s actually pretty comprehensive protection in place for tenants – and it seems more and more are actually taking to seeking recourse. You’d have thought landlords would be aware of the law and take care to work within this very clear framework, but the lure of those rental increases appears to be a strong one and they’re trying it on.

They’re much less likely to do so when people are clearly aware of the law and their rights within it, of course.