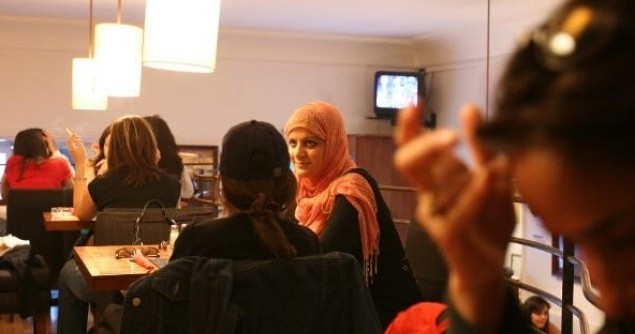 The phenomenon of drug addiction among my peers, young Tunisians, has been on the rise in recent months. According to the latest statistical inquiry carried out by the Ministry of Education and the Ministry of Health, the chaos that gripped the country after the revolution allowed the narcotics traffic to thrive, notably among very young users. Recent statistics from the National Institute of Public Health showed that 15 per cent of boys and four per cent of girls between the ages of 15 and 25 have used drugs at least once in their lives.

Lately, one of my friends in school confessed to me that he had recently developed a drug addiction and how easy it was to get drugs in school even at a young age.

Adolescents and young adults, who represent 33 per cent of the population, aspire to participate fully in the life of Tunisian society. These future agents of change should be able to live in conditions that encourage the flourishing of their imagination, ideals, energy and vision in order to safeguard the dynamics of progress and development.

Heba Kholy, resident coordinator of the United Nations in Tunisia, maintains that “young adults and adolescents are ever more greatly exposed to dangerous influences resulting from very profound social and economic changes”, from which arises the necessity of confronting the problem.

There are a number of steps that Tunisians, including young Tunisians themselves, could take to tackle this problem.

Firstly, the period of adolescence is marked by profound physical and psychological changes and sometimes manifests itself by rebellion and at times violent opposition to parental and educational authority.

Adolescence is an important period for shaping personality and a necessary step for reaching adulthood. It requires the presence of adults who help, listen and guide, but also set limits and show their love. Adolescents may turn to drugs out of curiosity, as a rejection of traditional values or to escape family problems. Professionals such as sociologists or associations that work with children are invited to train and inform adults who work in high schools, whatever their function is.

Secondly, awareness campaigns could be greatly effective in preventing the risk of drug use. Establishments should be encouraged to offer activities in which students can participate, such as problem-solving activities that encourage their skills of self-expression, self-assertion and finding solutions.

One example of this is the dialogue held in October 2011 in Sidi Hassine Sijoumi involving medical experts, sociologists, local representatives and young adults. Designed to raise awareness, the debate between authority figures and experts on the one hand, and local youth on the other, aimed to inform young people about the inherent dangers of drug use and the impact on the lives of drug addicts, and in a larger sense on society.

Involving young people as participants in the discussion, this initial contact fostered their confidence and allowed warnings about drugs to be transmitted by the adolescents themselves.

Such activities should aim at fostering confidence in young people and draw upon approaches that are less official, more spontaneous, using a less sophisticated language so that their message can be truly heard. This type of initiative would prove more influential than seminars of experts.

Young people themselves are also called upon to undertake activities to raise awareness. And many are already at work. For example, on the agenda at the next meeting of the Youth Leaders Council of Zaghouan, a local youth leaders committee I am part of, is a roundtable discussion on this subject with the goal of organising an awareness-building activity about drugs with the young high school students of the governorate of Zaghouan. It might take the form of a one-day awareness campaign during which a documentary on drugs featuring addicted youth testimonials will be screened, followed by a dialogue between medical experts and young adults.

Drugs have proven to be a very effective method of damaging a society and attacking both public health and familial, social and economic wellbeing. Young people are an invaluable resource and potential vehicle for positive social change. As such, adolescents and youth must be the object of everyone’s attention – from institutions to communities, families and governments – so as to safeguard the opportunities for a constructive transition toward adulthood and a protection against dangers and vulnerability.

Jihed Fradi is a young Tunisian woman, and member of the Youth Leaders Council of Zaghouan.