Do Coca-Cola Signs Enhance the Medina in Fez? 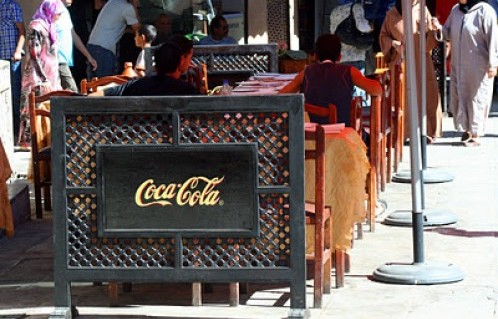 “It’s disgusting!” a Moroccan friend told us. It took a moment to understand what he was talking about. Then he pointed the signs out and we had to agree. The advertising signs are quite discreet in a way, but that does not take away from the fact that they further degrade the streetscapes of the Medina.

Fortunately a lot of people have also found them inappropriate and, as one cafe owner told The View from Fez, “First it is Coke and next it will be MacDonalds”.

Hopefully the signs will disappear in a few weeks…