Is the Divide Between ‘High’ and ‘Low-Brow’ A Myth? 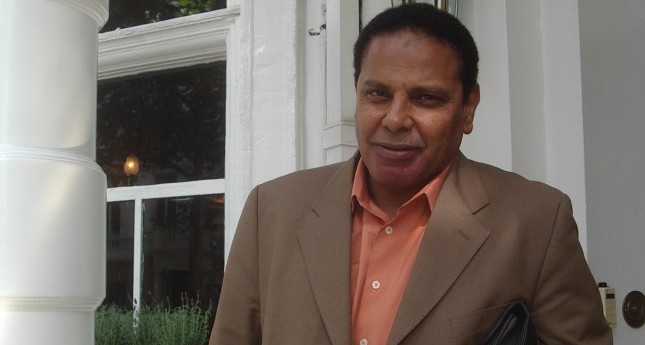 After I played telephone (or as the French apparently call it, téléphone arabe) with Richard Jacquemond’s “The Yacoubian Building and Its Sisters: Reflections on Readership and Written Culture in Modern Egypt,” Jacquemond kindly sent me a copy of his chapter, from  Popular Culture in the Middle East and North Africa, so I wouldn’t comment on comments about comments about it. The essay was full of interesting observations:

…a closer observation of the mass reading practices in Egypt reveals that this divide is much more blurred than what the dominant representation would have us believe. The same individuals, families, and social milieus have, much more often than believed, diverse reading practices.

Indeed: Why shouldn’t I like both Yusuf Idris and Ghada Abdal Aal; Sonallah Ibrahim and Ahmed Mourad? I do, and I’m sure I’m not alone.

Jacquemond doesn’t entirely rely on 4shared, as al-Aswany — the popular author who headlines his essay — doesn’t make a particularly strong showing on 4shared, coming in a good deal below Gamal al-Ghitani, Nawal al-Saadawi, and Sonallah Ibrahim. Also, as Jacquemond notes, these numbers are for books that have been downloaded worldwide, not just in Egypt.

If you were to throw non-Egyptian authors onto the list, Algerian novelist Ahlam Mostaghanemi would come right between (3) al-’Aqqad and (4) al-Hakim. But, aside from authors like Mostaghanemi, Nizar Qabbani, and Mahmoud Darwish — and, yes, Paulo Coehlo — Jacquemond further observes that the Arab book market “is still immune to the major trends prevailing in Western markets, as can be attested by the weak showing [in 4shared downloads] of international bestsellers such as the novels of Dan Brown or Harry Potter, and of highly popular genres such as Japanese manga, heroic fantasy, or detective novels.”

I think this varies by market, and that you’ll find more manga penetration in the Emirates, for instance, but it’s nonetheless an interesting observation that, particularly in Egypt, readerships “overwhelmingly” favor “specific genres of writing such as ‘Islamic’ literature, satirical literature, but also the kind of light and socially committed fiction represented by Yusuf al-Siba’i and Ihsan ‘Abd al-Quddus [a generation ago]…and by ‘Ala al-Aswani, Khalid al-Khamisi” and other authors today.

Jacquemond doesn’t mention some other best-sellers that I would’ve thrown in, such as 1/4 gram (could fit under the rubric of “committed fiction”) or Bilal Fadl’s A Chagrined Laugh (satirical literature). But he further draws lines from the 10th century to today, with many of the popular books having their roots in classical maqama, which, Jacquemond writes, “contains all the essential ingredients of both satirical literature and realistic fiction in their Egyptian manifestations.”

Indeed, Khaled al-Khamissi has said several times that he consciously followed in the maqama tradition, which, whether it was conscious or no, is easy to see in his first fictional work, Taxi. The maqama is also vividly echoed in I Want to Get Married!

I’d also note that both these works had a mixed reception in English. With Taxi, reviewers weren’t quite sure what to make of the structure and the drivers’ similar-sounding voices; with I Want to Get Married!, English-language readers and reviewers didn’t seem at all sure whether they were reading fiction or fact, and why — if it was realism-based — things were so “far-fetched.”

But Jacquemond is less interested in literary pedigree or the books’ reception in translation, and more interested in why these new books were successful in Arabic and the literary debates they’ve sparked. He suggests that most of the “popular” (middlebrow) authors draw on previous forms and are not concerned with aesthetic innovation, “which is precisely what made it possible for these writers to reach large audiences.” Fair enough. Although, by 4shared standards, al-Hakim and Mahfouz are also quite popular, so there must be other factors as well.

Jacquemond also attributes Youssef Ziedan’s popularity to the controversy Azazeel stirred up, although the sort of controversy matters. You could link Ziedan’s writings to the popular interest in Islamic literature, in that Azazeel, and even more so Ziedan’s nonfiction Arab Theology, have been seen as books that promote Islam over Christianity.

Jacquemond concludes with observations about how contemporary Egyptian writers are not being grouped into a “generation,” as other Egyptian authors have in the past. He suggests that the old opposition of Establishment writers vs. the Avant Garde, which previously produced these “generations,” is becoming irrelevant, and that now there are two large rocks squeezing creative writers: the Establishment and the Market, with the independent author, who is interested in the aesthetics of creation, yet further marginalized.

As for what recipe makes an Egyptian best seller (or best pirated download, as the case may be), there is certainly something to explore in the intersection of Mostaghanemi, Paulo Coehlo, satirical writing, religious writing, and socially committed fiction. It makes one curious to see what Egyptian poet Issam Abu Zaid had to say in his 2012 collection How Do You Make a Book That Sells?