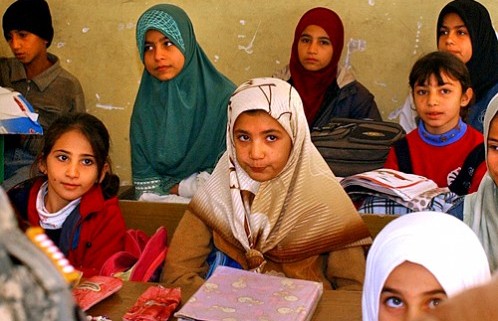 Any sensible conversation on the Arab Gulf countries’ dismal state of creativity, innovation, economic growth, and global competitiveness and relevance for that matter, pretty quickly draws connection to its, equally dismal, state of education and scientific research.

It seems that the Gulf countries are in a perpetual state of revaluing current educational strategies and embarking on new ones. In Education and the Requirements of the GCC Labour Market, a collection of papers from an education conference held in February last year at the Emirates Centre for Strategic Studies and Research (ECSSR) published recently as a book, scholars argue that despite increased levels of education penetration and gender equality the returns on education have been low. They go on to say that the proposed solution of re-creating other countries’ education development models and attracting foreign universities and institutions to the region have so far failed in addressing the GCC’s educational deficiencies.

This seems to make sense as most of the efforts taken towards improving the state of education have been at the post-high school level i.e. undergraduate and above. Many would argue that trying to fix education at that level is late. By the time students are out of high school, they have already gone through 12 years of mind-numbing sessions where they are taught to memorise instead of analyse, apply solutions instead of innovate and recognize a pyramidal society where senior public sector jobs dominate its upper echelons. Conspiracy theorists believe that this failure is not coincidental but a very intended one.

Their argument goes something like this: Gulf states do not tolerate criticism or dissent and an educated constituency is a critical one and a critical constituency is a troublesome one, which in turn explains the keeping of compulsory education fairly polytechnic in the region. Make sense, right? Sure, until you apply it to China.

According to the UK’s Royal Society, China pushed the UK to third place and is poised to surpass the US and take first place in the number of scientific papers published by 2013. Moreover, the Economist’s democracy index ranks China at 136th out of 167 states while GCC states’ ranking ranges between 114th (Kuwait) and 160th (Saudi Arabia).

So here is the quintessential question: If China, which runs its house just as tightly as the Gulf states do, can recognise that research innovation and science and maths high-scoring students are directly correlated to its global competitiveness and sustainability why can’t the Gulf? The Chinese must have realised that the competitive advantage of scientific prowess outweighs whatever risks of dissent that could come with it.

For too long, improving the state of education, reversing the decline of cultural production and incubating entrepreneurs has failed in the Gulf.

This has mainly been due to its approach as Government Social Responsibility Programmer (GSR) lip service. Addressing failings in these crucial engines of both the societies and the economies of the Gulf is of existential urgency.

Where we stand in the world today is mostly due to how important oil and gas have been and continue to be. Moving forward, unless we re-evaluate our approach to innovation, research and education, our significance in the world will continue to be dominated primarily by our energy reserves. As China and its urban population grow so do its energy needs. And the Chinese differ from the Americans in how they weigh foreign and domestic considerations, i.e. the Chinese will not depend on fossil fuels forever and will look for alternative methods to fuel their economy and population. In fact, Bloomberg recently reported a five-fold increase in green energy investments from 2004 and 2010 to $243 billion(Dh891.8 billion) of which one- fifth was in China — which itself had increased 30 per cent from 2009.

Released last month, the Royal Society’s report Knowledge, Networks and Nations demonstrates just how far Gulf states are lagging behind their own neighbors. For example: While Turkey’s annual growth in GDP spend on R&D between 1996-2007 has been just under 7 per cent, Saudi’s has been -2 percent, which has left its R&D spend at 0.04 per cent of its GDP in 2007, while Turkey’s increased from 0.28 per cent to 0.72 per cent. Worth noting that the number of scientific publications in Iran jumped from 736 in 1996 to 13,238 in 2008 which made it the world’s fastest growing country in terms of scientific publications during that period. Furthermore, in 2009, Iran announced a ‘comprehensive plan for science’ that focuses on higher education and stronger links between industry and academia. By 2030, Iran aims to increase its R&D spend to 4 per cent of GDP (0.59 per cent in 2006) and its education spend to 7 per cent of GDP from (5.49 per cent in 2007).

Moral of the story: a multi-polar world is one of few constants and fast changing variables. What decades we have of oil and gas as the predominant source of energy, we must use to transform our human assets from liability to equity. The sooner we recognise and begin to address the dismal state of education and research production the more probable the Gulf’s opportunity to remain significant in the multi-polar world that is emerging before us.

We’ve missed a couple of trains already but we’re still at the station.