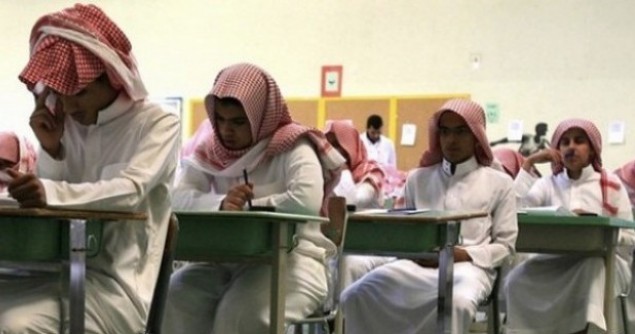 An apt description of the Saudi Arabian Education system is that it mirrors the strengths and weaknesses of most Gulf countries after the sudden change caused by the oil wealth. Tribal Arabia before the great wealth of its oil supply resembled many hunter and gathering societies throughout the world. As desert dwellers, they were highly adaptive; spartan people used to making use of the natural resources of the land. Social order and organization were based on a patriarchal kinship system and physical wealth—both of which were the basic source of tribal and individual standing in the community.

Outside a reputation for physical prowess, tribes tended to protect and support its members through nepotistic influence referred to as ‘Wasta.’ Through Wasta the deserving and undeserving could achieve rank in society despite their accomplishments (or lack of). Because Wasta is a requirement of tribal unity, ‘help’ (that is to say you help your brother with his problems), this has also been the justification for helping others cheat on exams; write another’s paper and commit other acts of dishonesty. I asked a Muslim Arab student; and an adult why they engaged in such practices despite the teaching in Islam that forbade it, both answered “It is our custom.”

Arab Education takes its lead from the rote learning methodology of the religious schools and was later re-invented as the British book based system. Test scores got you from grade to grade; not a working understanding of the material. Arab teachers (from one of the poorer countries), more often than not, were forced by the ‘Wasta System’ to pass every Arab student or risk being fired through an unsubstantiated complaint from a student or parent.

Now I’m quite aware that there are a lot of Saudis and Emiratis around with the title of ‘doctor’ obtained from the US; yet they appear clueless to the core ideas of the disciplines they studied—a sign that, though their degrees may be authentic, the means which they used to obtain them probably fall somewhere below scrupulous.

Why do they get the degree?

For show; to marry some ‘hot’ Saudi girl from a well to do family; to make mom proud and get a job where they can control a bunch of people while sipping bitter coffee.

I have also met Saudis and Emiratis who were a match for any top ranking professional anywhere on earth, who are dismayed because they must send their children to study outside of the Gulf because most schools (colleges and universities) are at the bottom of the world rankings due to lack of research and credibility caused by the national pastime of faking scholarship.

I caught a group of students cheating on a quiz. Tired of it I said to them while taking their papers, “Cheaters never win and winners never cheat.”

“But teacher, it is our way to help our brother,” one of them said in defense of their actions.

“So you want an ‘A’ and you’re willing to do anything (including cheat) but study and come to class to get it. Others do it, but because you’re too tired from staying up all night with your friends; too busy traveling with your family or grieving for some distant cousin who passed (I imagine a common occurrence in families of tribal societies) and for all these reasons, you missed half the term. Let’s just suppose I give you all A’s despite the fact you know nothing. The university gives you your degree regardless what you know,” I admonished them at the top of my voice.

“ Never mind the other guy who dug in like a golfer; earned his A’s and B’s and became what you’re not—employable; earnest and hard working. You, and others like you, apply and get the job that the other guy worked hard all his life to get; but because you aren’t him, you get fired for running the same game you’ve played through school and every situation that presented any challenge.”

“..and what happens to ‘the other guy.’ He applied for the vacancy left by you but doesn’t get the job because of what you did and because the company thinks that all the graduates from the college that you and the other guy went to are like you—worthless. Now tell me, who are you ‘helping’?”

I was yelling at this point; narrowly stopping myself from ending my speech with a highly appropriate expletive.

The whole class was motionless for a moment; humbled by my emotional investment in their lives. I cared and they knew it.

They all slowly nodded in agreement; but as one student put it with a sigh of resignation “but teacher, don’t get angry with us. This is the life.”

Since this type of thinking stems from a national mentality with deep cultural roots, maybe it is time for those in charge; those who are in authority and influence, to use the media and Education system to re-align the sentiments of the people to a healthier perspective for the sake of resolving current problems caused by it and for the sake of the country as well.

School’s out for the Gulf: it’s time to stop playing games with themselves if they want the benefits of modernizing their society without expat help. True control is not authority but the capacity to build and invent your own future.