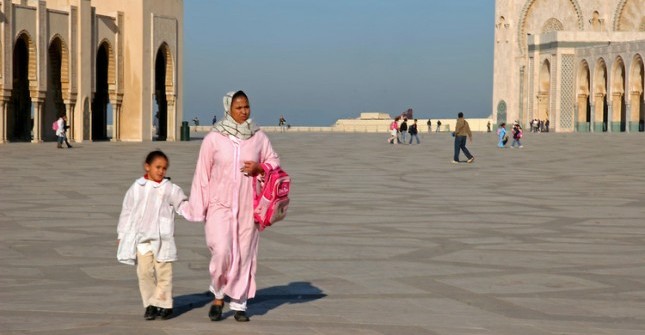 New reports are showing that Morocco’s fertility rates continue their rather dramatic downward trend. According to InfoMédiaire, Morocco’s High Commission for Planning says they have been halved since 1987, dropping from 4.5 children per women to 2,2 children in 2010. Part of the explanation has to do with the fact that people are marrying later.

Declining fertility rates is a global phenomenon and is particularly surprising in the Islamic world, perplexing observers who expect demographically-related doomsday scenarios of one kind or another. In 2011, David Goldman explained that civilizations without a strong religious faith lose the desire to procreate. Economic prosperity turns children into expensive and time-consuming propositions, since a child born to parents in Paris or New York would have to compete with dozens of other demands, such as the need for education, entertainment, vacations, and the like. And fertility rates are not helped when parents no longer expect to be supported by their children in old age. At least, Westerners have social security systems to rely on.

What’s even more startling is that low fertility rates are dropping faster in Muslim nations with high literacy rates like Turkey, Iran, Tunisia, Algeria, and others. (In Turkey, they hover around 1,5 children per women, well below replacement levels.) As women become better educated and aware of their options in life, they are, in effect, voting with their bodies.They are choosing not to respond to the call of male leaders who are warning about loss and decline if they don’t have more children.

Like with almost everything in their lives, most Muslims are experiencing modernity passively.They consume its products and benefit from its riches (such as health care and education) but remain trapped in an archaic imagination and language. In their real lives Muslims are increasingly modern, but many think that sporting long shaggy beards and wearing long robes is an act of loyalty to tradition and ancestors.

Modernity, alas, spares no one. It engulfs us all.