About Death: “Waiting Around For Something To Wait For” 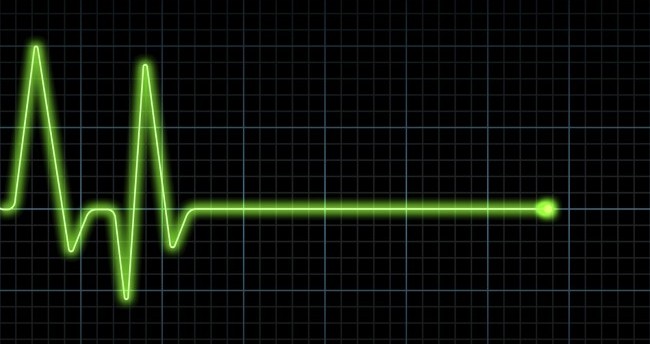 There’s a silly statistic that has been floating around for donkey’s years: men think about sex on average every seven seconds. There have even been studies designed specifically to challenge the assertion – and unsurprisingly it seems that we men are far less obsessed by sex, and women even less than men.

But whether we think about sex once or a hundred times a day is of no particular interest to me. There are other fundamental subjects that compete with lust for our attention. Money, for example. And then there’s the great unmentionable: death.

At different stages of our lives each of these big three subjects compete for attention. I suspect that sex wins out in our teens and twenties. Money takes over between our thirties and fifties. And when we hit our sixties, if we survive that long, the grim reaper starts taking a starring role in our waking thoughts and dreams.

Since I’m just past the cusp of one of those stages, I’m much more interested in discovering at what point the average person thinks more about death than any other big subject.

I’ve certainly reached that point. Not that I obsess about my own death. That will happen when it happens, though I wouldn’t mind knowing what disease or accident will eventually take me.

My thoughts are mainly about the nature of death. I always used to think that death is digital. One moment you’re alive, and the next, you’re dead. Whether you’re snuffed out by a gas attack in Syria, keel over with a heart attack or take a long road to extinction at the hands of motor neurone disease, the moment your heart stops beating, you’re gone.

These days I see more complexity. For the past three years I have watched my 93-year-old mother slowly lose her mental faculties since she entered an old people’s home. Once upon a time we called the process she’s going through senility, or going gaga. These days we decorate the condition with grand title of Alzheimer’s. Whatever. The fact is that since my father died in ten years ago, her world has slowly shrunk, and so, seemingly, has her mind.

The visits to the supermarket and church on Sundays gave way to a life confined in her home, with the occasional trip out on special occasions. A couple of falls, and subsequent fear of falling finally led to the acceptance that she could no longer live an independent life. By that time her world was the ground floor of her small house. A final tumble led to a broken bone and a prolonged hospital stay, after which she moved into a home.

Three years on, her short term memory is largely gone. When I visit her I have to remind her who I am. We go through a memory-jogging ritual. We talk about the past. My father, her parents, the family dogs, places she went to on holidays. I point to the pictures around the room, and we identify the people in them. We, or rather I, talk about what her children and grandchildren are doing. Talk about the future is pointless, because for her one day is the same as the next.

When more than one person visits at the same time, she seems to suffer from information overload. You speak to her, and get no response. Yet fragments of long-term memory endure. The other day, we were talking about the historical dates we learned at school. 1066? “Battle of Hastings” she said. And from time to time she bursts into song: “Daisy, Daisy, give me your answer do. I’m so crazy all for the love of you”. Anyone who watched Stanley Kubrick’s movie 2001, A Space Odyssey will recall that this was the ditty with which HAL, the rogue spaceship computer signs off when finally shut down by the crew. Deliberate irony on her part? I doubt it – she wasn’t into sci-fi – but you never know.

As I watch her slow decline, it strikes me that death is not digital. It is incremental. Bits of her are dying every day. The person I knew ten years ago is already largely dead. And the person of ten years ago was half of what she was when I was growing up.

For some people, disappointment, trauma and disability seems to spur new life – regeneration. For others, like my mother, it strips away parts of the person – diminishes them. Now all the events of the past are gone – lost in the fog beyond her immediate consciousness – and she lives quite happily in the present. Like so many of the other residents, she sits in silence, neither reading nor watching TV, but responding when spoken to. All the struggles are over. I can’t say she lives for our visits, even though she’s delighted to see us. Ask her a couple of hours after we’ve gone who came to see her, and she wouldn’t be able to tell you.

So what’s going on here? Is there a heavenly cloud out there that stores our memories and our personality, ready to return them to us when our bodies finally give up? Or, as Richard Dawkins would assert, are we just machines slowly degrading, losing capability with every successive year until the inevitable catastrophic failure?

Watching my mother slowly diminish, it’s hard to accept that there’s anything lurking beyond the fog, much as I would like there to be. Does that make me an atheist, an agnostic or a lapsed believer?  That’s not for me to determine.

But one thing’s for sure. Grieving is about life as well as death. I have been grieving for my mother for many years. I grieve for the living as well as the dead. For the relatives and friends of people who have died. For the end of relationships, of friendships. For people whose humanity is stripped away because of their own decisions or factors entirely beyond their control.

So yes, I think a lot about death these days. The more so because I have lived for several years in a region – the Middle East – that is soaked with grief, and remembers grievous events that happened a thousand years ago as if they took place yesterday.

For this reason I no longer have an appetite for TV shows and movies that show murders and serial killers, cruelty and horror. I’ve seen enough of that at close hand. Real life always trumps fantasy.

Yet I don’t think of myself as a morbid obsessive. I enjoy life to the full. But as I get older, and the occasional friend drops off the perch, awareness and contemplation of death becomes that much more a part of life – a natural partner in the thinking process that still takes in money, sex, goals, achievements and disappointments.

And when my mother finally goes – to where I know not – I will have done my grieving, save for the ten percent of her that remains. I will be free to think of her as she was, and to celebrate the positive aspects of her life. Though I would prefer to go with all my marbles intact, hopefully it will be at an age when those who love me will be free to celebrate rather than grieve.

I leave the last word to my mother. In a rare moment of insight, she observed that she and her friends in the home are “waiting around for something to wait for”. I hope I’m gone before I get to that point.