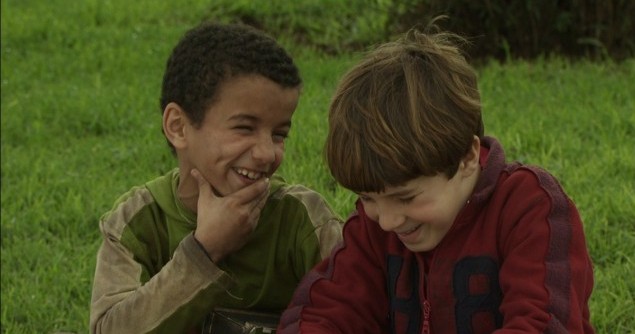 Looking for information on the Middle East North Africa (MENA) region in British media, you can find a plethora of articles on politics, especially in the wake of the Arab Spring. The BBC, for instance, has a section called “Arab uprising: country by country” focusing on political conflicts, key leaders and protests. While articles like these are important for understanding the politics of the region, those outside the region rarely have an opportunity to go beyond politics and understand the people of the MENA region. In addition, there are few opportunities in the UK – and Western countries generally – to see art or film made in the MENA region itself.

With so few opportunities to learn about Arab countries in Western media a new approach – one that can provide a more nuanced image of the region’s people – is important.

The London MENA Film Festival, which ran from 26 October to 2 November, is an excellent example of this type of approach. With the aim of encouraging cross-cultural dialogue and understanding, the festival was launched in 2011 by Mohsin Lahkim, a publisher, entrepreneur and comedy writer, and Yasmin El Derby, the festival’s artistic and programming developer.

The fact that Arab media productions had few platforms to be showcased in the UK drove Lahkim and El Derby to create a way to bring the MENA region’s talent and creativity to the public, while providing a more nuanced image of the Arab world at the same time. Film can be a powerful way to help individuals see the similarities in different cultures, rather than the often-highlighted differences.

The festival showcased 28 different films and documentaries of various genres, with opportunities for audience discussion after each screening. The films and short documentaries engaged issues that all people face in their daily lives – thereby humanising the films’ subjects. Some stories were about relationships between family members or partners, some about individual hopes and dreams, others about the hardships caused by political turmoil, with a focus on how politics affects individual lives.

Among those being showcased was Cairo Exit set in pre-revolution Egypt, a drama about two young people of different faiths, one a Christian and the other a Muslim, who fall in love and face social pressure as a result. Cairo Exit provides a different view of Muslim-Christian relations in Egypt by showing the obstacles the young couple faces, but also how they are able to navigate them.

The Pillars, a 15 minute short film, depicts the lives of a recently divorced Arab couple in the UAE. Each of them set off alone, the husband attempting to restore his self-confidence, and the wife trying to find her purpose in life. This short film provides a different, more nuanced view of individuals in the Arab world when it comes to marriage, divorce and personal growth. There are numerous films in the West that focus on marriage and divorce, but this has been rarely explored in Arab film. In tackling this subject, the movie provided an opportunity to see how love and the struggle to understand oneself transcend cultural boundaries.

Another film, this one set in contemporary Algiers, How Big Is Your Love, narrates a touching story about an eight-year-old boy, Adel, who is sent to live with his grandparents for a few days while his parents deal with difficulties in their marriage. His grandparents try to keep him distracted from his concerns about his parents by involving him in their everyday lives. His grandfather introduces him to the exciting world of the zoo. The film’s title comes from a scene in which his grandmother asks him “how big is your love [for me]?” which reminds him how close he is to his grandparents.

The films highlight similarities amongst people in the UK – and the West more broadly – and the MENA region. Seeing these similarities can make it easier to break down stereotypes, reminding those in the West that those in the MENA region are just as human as they are. “I got to see the Arab world in a way I was definitely not expecting to see. I realised how little I knew. . . . [and that] people who I never thought I could get along with who are just like me,” said a British man who attended the festival.

The films show our commonalities in a clear and positive way. As one British Arab attendee said, “This is something we desperately need. This is the right way to expose non-Arabs to the Arab world – in an entertaining way, because so many in the West know so little about our day-to-day lives. We have so much more in common than we realise.”