“Damascus With Love”: Homage at a Painful Time 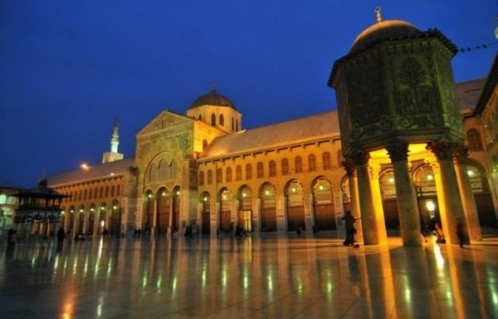 I haven’t felt much like blogging lately. With Syrians killing Syrians it felt inappropriate to offer my purile analysis. I started this blog to cover Syrian news at a time when most westerners couldn’t even find the country on a map. Now everyone and his dog (especially his dog) is a Syria expert.

I’ve spent much of the past month hidden in the darkness of the cinema (it’s London Film Festival time), far away away from an internet connection. I’m trying not to hear news of another massacre, of another family ripped apart, of another person claiming Syria is ‘slipping towards civil war’, or of another expert acting like the opposition’s version of SANA.

It felt wrong to talk about movies when all Syrians inside the country are talking about is death.

But Damascus with Love has got to be an exception.

Filmmaker Muhammed Abdulaziz’s family is in hiding, and tonight’s screening in London almost didn’t happen because of the difficulty of getting the movie to the UK.

His film is a humorous – dare I say soap-opera style – tale of a Syrian woman’s search for the love of her life. But what is special is that the lead character in Damascus with Love is a Syrian Jew.

It did feel at times that Abdulaziz was making a Damascus promotional video. Ironically, it could’ve been the Ministry of Tourism that made this film, if the government didn’t inexplicably hate this man so much. The slow panning shot of the city from Rukn Eddin, the visit to Bahsa, the walk down Medhat Pasha, the trip to Deir Mar Musa, namechecking the Umayyed Mosque and Naufara Cafe.

This film was made before the onset of the violence, and it feels awful to be watching scenes shot near Jisr Al-Shoughur. One of the funniest characters is a bride they meet on a road near the scene of one of the worst massacres of this revolution.

And one thing I learned is that Syrians are crazy. Actually insane! Well, according to this film. It made me laugh. And I haven’t laughed when thinking about Syria for a very long time. For that alone, tonight was worthwhile.

The peaceful, beautifully shot scenes of a country that is now in turmoil allowed me to bury my head in the sand. And I’ll keep doing that, thank you very much.