Culture: It’s A Declining Currency in East and West 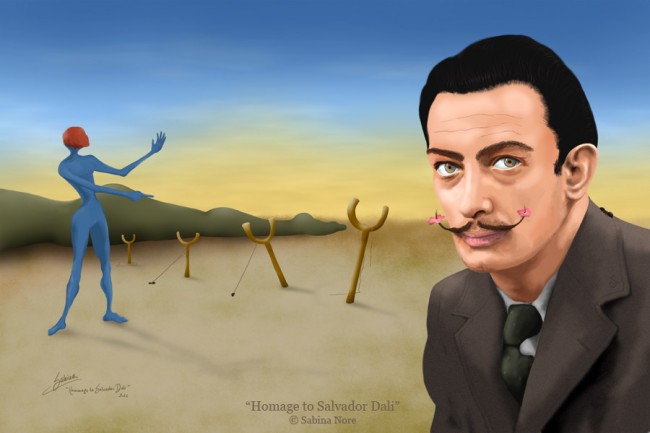 I remember my film and literature course professor, an eastern European I guessed by his accent, making his final argument of why I should go to the Cannes back in 1981. He confided to me that he thought the shift from paper to film had already taken place and that I needed to get on board. As an aspiring novelist who spent every other night in search and peck on my electric Remington, the notion that people would become reliant on visual media instead of text was something I wasn’t ready to hear though the signs around me were there.

Going into my seventh year in Saudi, I sat in the lounge fabricated by our ragged-tag group of westerners because they were tired of the quarter kilometer trek for bad coffee and greasy snacks. Most of them were embarrassingly young enough to think the American comedian Martin Lawrence was in the category of ‘old school’ and that the local and national news in their respective countries of origins had told them mostly the relevant truth. Though the lot would be considered educated by their sheep skins alone, they seemed to be clueless to the blood and guts struggled against tyranny since WWII (and arguably before) to keep the promise of a better world. They appeared blinded by their store bought educational pursuits and the mountains of commercial sewage that had been generated by all the greedy little visionaries with Ivy League degrees issuing catch phrases of austerity on lounge chairs in Cancun while their companies were being re-sized for a smaller payroll.

Unlike the typical American, they did know some geography; yet unlike a Palestinian or many others in the third world, they thought casting a ballot and making much to do about the ‘process’ meant democracy still had a hand in their lives. Education for most of them had been dumb-down to a track of least resistance. The history of what came before their time on earth was an Anglo-centric fuzziness that had the stench of policy wrapped in doctrine. I suppose, like the Saudis, they surmised that they didn’t need to read Dickens and Twain to study electrical engineering.

This became most evident to me when the offspring of a friend (and co-worker) of mine googled Richard Roundtree as Shaft and showed me a publicity photo of his proposed new hair cut. Next to it and I noted (and pointed out) was a picture of Salvador Dali.

Rather than go to school to expand their horizons, today’s college students are merely interested in making themselves more marketable in a ‘brave new world’ of supply and demand. Slowing, if not halting, the momentum of change that was anthem-ed by the poetic hypocrisy of such music groups as the Beatles, The Who, the Rolling Stones and the copyright infringements of today’s ever materialistic  ‘hip-hop generation’ –which had now made criminality and ignorance into a permanent lifestyle (as opposed to subculture). Music has always made it possible to commercialize those moments of critical change in a way that the barons of profits were able to make a tidy sum many years after.  Since the 80’s, the commercial companies and their special interest had diverted the working man’s thoughts to the day to day existence instead of improving their lot (individually and collectively).Deemed out of fad and gothic, the ideas of how people should live and co-exist became ephemeral and unrealistic. It suddenly became immorally to be moral and immature to have scruples.

As I began to make a verbal survey of my colleagues in the room, they acknowledged like children unable to fathom a word they thought they should know, their ignorance of Dali or Andy Warhol or many of the iconic artists and scientists of 50’s and 60’s  I listed that had provided much of the memorable branding to the learning and discoveries in western world history was impressive .  They all had cell phones and laptops with all the latest features, yet I found that mere mention of a serious intellectual discussion set them to desperately change the subject. In fact, after a query about what they knew regarding their connection with the influencers of past change, they scattered like roaches to the safety of their offices to stick expensive portable sound systems in their ears as the modern way of sticking their heads in the sand. I understand, no one wants to think about how bad things are. It finally occurred to me that our proposed western intellectual superiority over our Gulf counterparts had (by virtue of our literacy), without my notice, fallen by way-side.

I know, a dinosaur like myself shouldn’t scare the chickens or tourist.

Not too far fetched for those of us whom had spent our youth reading Sci-Fi.  Ray Bradbury’s Fahrenheit 451 is perhaps a great example of ‘science fiction becoming science fact’ in the case of our apparent present state of affairs.

The big mind-bending joke of my generation that seemed to mirror the irony of the American baby-boomer frame of reference was “what came first, the chicken or the egg”.

The humor in today’s cinematic society, the one my film professor so many years ago saw as some sort of dawning of a future promise, had now given way to endless trailer park reality TV programs, like the notion of ‘blended’ skills training masquerading as Education, in the east as well as the west, had caused a place and time in history where money is worth more than a better life or a better world. The joke now is what came first, the sequel or the prequel (a metaphor for revisionist history I think). Not quite getting it, the Arab world (the rest of the developing countries) is still hoping for “the greener grass on the other side” by following the same path ear marked by the west’s past tales of greatness, unable to see the way has become like the legendary dinosaurs– a lumbering descent to the shadows of  infamy and eventual historic obscurity.

In the states, there are still enough of us around to sober up and stop the selling out of  the idea of America. I suspect our traditions of thought and literature that brought the baby-boomers to change the world in the west back in the time of lava lamps and sit-ins will bring us back from the brink as it did before. As western civilization crumbles, the current generation has taken the position of the grasshopper with its fiscal to fiscal year prospective through the methodology of crisis management. This time it may take a little  more than peace, love and LSD to save us from ourselves.