Crying Islamophobia: The Sure Route to Victimhood 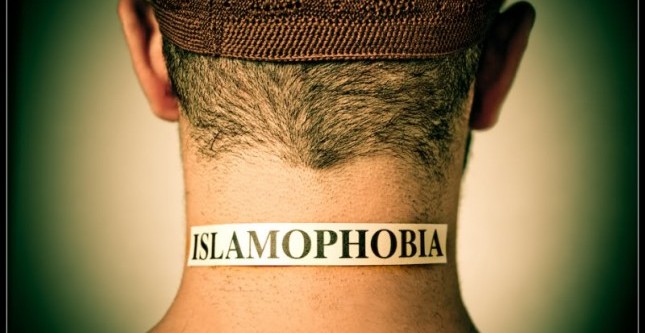 With the recent Woolwich incident in southeast London involving the murder of British soldier Lee Rigby in a supposed extremist attack, there has been a sharp rise in attacks and protests against the British Muslim community. Faith Matters, an organisation that monitors anti-Muslim hatred, said the number of incidents has risen to 212 since Rigby’s murder, including eleven assaults on mosques throughout the United Kingdom.

Islamophobia is being highlighted across national and global media as a reason behind such attacks. Some Muslims have adopted a victimised view of the situation, taking this new wave of attacks as the re-manifestation of underlying xenophobia. But I propose a different perspective on how to react to the situation in the United Kingdom beyond simply labelling people Islamophobic, which is unhelpful and, if I may say so, un-Islamic.

The only option is for the holders of beliefs contrary to these criticisms to exert their intellectual will, through whatever means they see fit, to re-write the narrative to reflect what they believe Islam and Muslims stand for, and to educate the British public as well as wider Western societies accordingly.

Convoluting what people feel is a genuine concern or well-thought out criticism by labelling it “racism” or “fascism” just leads to resentment from people holding those views, while also indicating the lowest form of defence, suggesting that which is being defended is indefensible.

Claims that the media is to blame for Islamophobia are impotent. As Muslims, we must learn to take ownership of the perception and propagation of information relating to our religion in the spheres of influence that we can personally affect. Writing reports and collating data on media representation of Muslims, while important, might be energy better spent putting out a positive message. One example of this is Muslims at a mosque in York distributing food and playing sports in response to the protests that were taking place against them.

As a point of principle any stifling of debate and discussion should be resisted. Like it or not the contemporary condition is such that nothing is protected from the crudest or most sophisticated criticism; it is first impossible for this to be blocked or stifled in anyway, and secondly it is undesirable that this should be blocked or stifled.

If some commentators argue that the nature of the discussion pertaining to the truth of Islam is such that misinformation and distortions about Islam and Muslims are being propagated, then I would respond that it is futile to make an attempt to quarantine this.

We should be re-writing the media narrative, which seems fixated on sensationalism and opaque terms such as radicalisation rather than offering a more nuanced approach to the current events.

A continuous narrative of Islamophobia is likely to lead to victimhood, which is a state that would lead to retreat and inaction. Victimhood is arguably the most dangerous aspect of Islamophobia and must be resisted if Muslims have any chance to improve their condition in society and the perception of Islam. It is not through garnering the sympathy of people that we will flourish. Rather, it is by actions and strength that we will be respected.

Our resources – material, intellectual and spiritual – need to be directed diligently. Assuming that we desire long term success in the communities that we find ourselves in, any proposed benefit of making Islamophobia the issue (in the manner in which it is currently being done) is not proportional to the investment of our limited recourses.

Not only is crying Islamophobia damaging, it does not seem to follow the Prophetic way, which I read as one of principles and best character. Throughout history there is a continuous narrative of what some may call Islamophobia. The Prophet Muhammad’s biography shows this, as well as the study of Orientalism.

Instead of complicating the current phenomena with Islamophobia as a political tool in the wake of increased hatred and attacks on Muslims in British and wider Western communities, it is time for the Muslim community to react positively to this phenomenon and reject the victimised negativity of Islamophobia as a response. In this way we may regain agency over the fate of our community, and be able to express our will and make a better future for ourselves.

Emre Kazim is a PhD candidate in philosophy at Kings College in London and co-founder of the Olive Tree Education Foundation, a grassroots community organisation based in London.