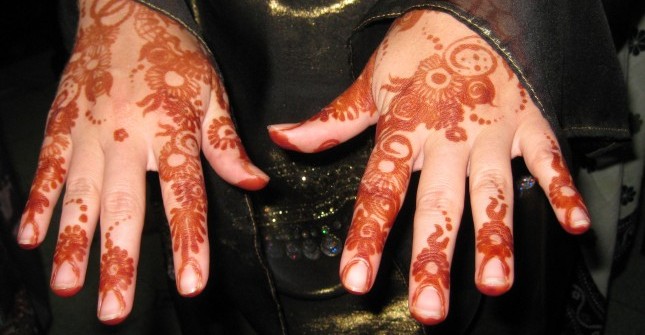 Earlier this week during a brief jaunt to Muscat, I picked up some trousseau items for a young friend of mine who will be marrying her first cousin in a few weeks. Naturally the marriage is arranged, as is the case with most marriages at this end of the country.

Although he is her first cousin, she barely knows him. He approached her father for her hand in marriage and given the family connections, the father felt obliged to agree to his nephew’s proposal. The marriage was settled, a dowry was paid, and a wedding date was set. She was given ten weeks’ notice to get ready.

Like any good Dhofari bride, she will be so busy preparing for the wedding day that she won’t have time to think about what her future will look like with this man. She knows that she will be moving into a bedroom suite in her relative in-laws’ house. As for the groom, she may hit the jackpot and end up with a very nice guy who will encourage her to pursue an education or – heaven forbid – a career!

Most likely however, she will end up with a man who will get her pregnant immediately and then she will have no choice but to stay at home and be a good wife regardless of whether their relationship works out or not. If she were ever to consider a divorce, the entire family will pressure her to drop the idea.

If she insists, her father will probably swear that he will divorce her mother. The poor bride will end up being forced to remain silent and obedient.

Cases like this happen regularly in Dhofar. Not only are a large percentage of marriages arranged, but they are almost all between first, second, and third cousins. This tradition of inter-breeding goes back hundreds of years and is protected fiercely by the conservative south.

A few years ago a colleague of mine almost married a man from a different tribe. After the engagement, one of her cousins stepped in and swore she would not marry the man. He slaughtered a cow as a symbol of his determination to stop the marriage, and the poor girl’s engagement had to be cancelled because her cousin’s wishes had to be respected. As ridiculous and medieval as this may seem, the practice is very much alive in Dhofar.

Almost everyone in my immediate and extended family is married to a cousin. In fact, if I were to list the number of relatives who have approached me for my not-so-delicate hand in marriage, you would be baffled. At age 15, the first of the relatives came knocking at our door. The argument went along the lines of ‘You’re a treasure that must be kept within the tribe to protect you and keep the blood pure’. Treasure? Tribe? Blood? I’d almost forgotten we were living in the 21st century.

Rest assured that I do not intend to mock our way of life here in Dhofar, but I am concerned that this out-dated tradition may not be appropriate anymore. Not only does it complicate the idea of choosing one’s marriage partner for young people, but genetic and blood disorders are rampant in Oman. In fact, according to data published by the Ministry of Health almost 60 per cent of Omanis carry genes of inherited blood disorders. If this isn’t enough to put you off inter-marriage, then I don’t know what is.

The reasons behind the prevalence of inter-breeding in the south of Oman are purely tribal. Because Dhofar is a patriarchal tribal society, there is an obsession with keeping tribal blood pure and strong. Furthermore, some research has shown that inter-breeding can lead to higher fertility rates. Marrying cousins is also cheaper because dowries are lower, requirements are fewer, and the girl can easily move into her uncle’s house and get along with her in-laws.

If it were up to me, I’d ban cousin-marriage altogether. However, I would say a more logical and fair solution would be to enforce pre-marital genetic screening for relatives. Your thoughts?