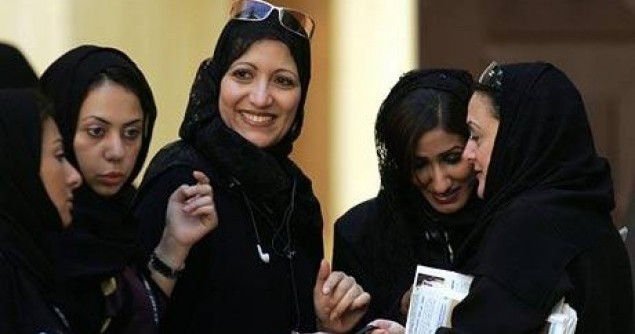 The issue of national ID cards is one that sets American conservatives’ and libertarians’ teeth on edge. For Saudi women, though, it can be a liberation. The Lebanese website “NOW Lebanon” runs an interesting piece on how progressive Saudi women are welcoming the introduction of compulsory ID cards, complete with photos.

My face is my existence
Saudi women and IDs
Hind Aleryani

“My face is my human identity, the proof of my very existence. Wake up, women of the Arab Peninsula, rebel against being non-existent,” Tweeted activist Lama al-Zahrani in support for the recent decision in Saudi Arabia making it compulsory for women to carry state IDs on them. “Unfortunately,” she told NOW, “when the Shura Council issued the ruling, some judges and other sheikhs who are well-known in media circles were opposed to it.” This is because an official ID would bear an actual photo of its female holder. However, Zahrani believes that the sheikhs’ objection to the photo IDs is merely a pretext, the main problem being fear that women will break free of their male dominance.

Nawwara, another Saudi activist, agreed, saying, “There are concerns regarding the autonomy of women, as they fear we will have more demands. Others, still, want to exploit women [who don’t have state picture IDs]. For instance, a father may take a loan or buy and sell stocks in his daughter’s name using the family [identification] card, and leave her to handle the repayment. In other cases, a brother may seize his sister’s inheritance by bringing in a woman wearing a niqab, claiming that she is his sister and having her sell her share of inheritance.”