Corruption ‘On the Increase’ Across Arab World 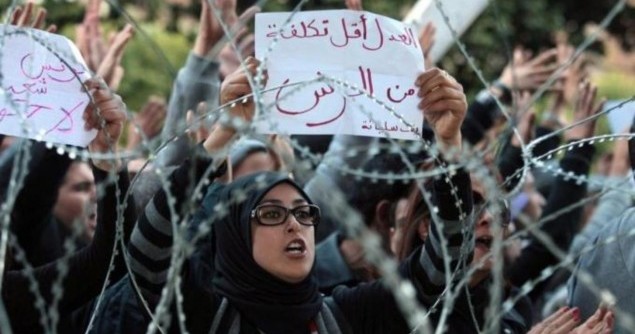 Public frustration with corruption was one of the motivating factors behind the public uprisings in the Middle East over the last few years, and yet the level of corruption remains high in the region. According to the latest Corruption Perception Index from Transparency International published earlier this month, the majority of Arab countries have slipped in their rankings since last year.

Corruption has deep roots in many Middle Eastern and North African societies, fostered by a weak legal framework and the lack of proper enforcement mechanisms. To address such a pervasive issue and create a culture of transparency, efforts must be multilateral, involving civil actors, government, as well as regional platforms to strengthen collaboration and exchange best practices. Fortunately, the Arab Spring is far from over. Along with changes within countries, it is also inspiring transnational movements of individuals and groups working together for similar local goals.

In late November, more than 40 activists from the Middle East and North Africa met in Cairo to discuss strategies to address corruption in the region. The goal of the workshop, hosted by the Arab Anti-Corruption and Integrity Network (ACINET), was to articulate a common strategy to address their different respective contexts.

Experts, academics and civil society practitioners from Egypt, Libya, Jordan, Morocco, Lebanon, Saudi Arabia, Bahrain, Kuwait, the Palestinian Territories, Djibouti, Yemen and Mauritania focused on four anti-corruption priorities: recovery of assets derived from corruption, the right of access to information, corruption in public lands and the fight against impunity. These four issues will be developed in position papers where strategies will be articulated, drawing on the workshop’s discussions.

Participants underlined opportunities that the Arab uprisings have opened to fight corruption as well as the need to foster cooperation with public institutions, and regional alliances, while raising awareness on the negative effects of corruption.

The uprisings indeed marked an opportunity to be seized: Ibrahim Ali, from the Libyan Transparency Association explained that one of his organisation’s goals has been to pressure the authorities to recuperate the money deviated by corruption, and commit other countries to the process of recuperating Libyan financial assets around the world.

The NGO was established in May 2011 in Benghazi, shortly after the revolution. The creation of this organisation and other NGOs can be in part credited for the fact that Libya climbed eight places, to 160, on Transparency International’s Corruption Perception Index following the Libyan civil war that ended last October.

For example, during the Libyan elections, more than 10,000 civil society activists registered with the Higher National Election Commission to be domestic election observers.

One of these organisations was the Libyan Association for Electoral Observation, which was founded by Libyan women. On polling day, they fielded 686 observers across the country to watch the procedures and increased Libyans’ trust that the elections could not be manipulated.

The Libyan Transparency Association also asked for the publication of all government contracts signed during the Gaddafi regime and since, paying close attention to the oil and finance sectors. In what is a difficult but crucial post-Gaddafi transition period towards stability and democracy, civil society organisations like these have been playing a key role in reshaping society and keeping the government accountable, something unthinkable prior to the revolution.

Governments are also becoming more open to input from civil society. Lebanon has yet to ratify the United Nations Conventions against Corruption (UNCAC) and is one of the 50 most corrupt nations in the world according to Transparency International. Yet, in 2007, the Ministry of Finance partnered with the Lebanese Transparency Association (LTA) with a Memorandum of Understanding on measures that must be undertaken for more transparency. In the years since, the ministry has published fiscal accounts now available to the public, and produced a “Citizen’s Budget” document tracking major government expenditures, revenues and public debt.

There’s still a lot to be done at all levels. But change starts with individuals.

Earlier this month, at TEDx Beirut, an independently organised TED event, Managing Director of LTA, Rabih El Chaer, insisted the public take a stand against corruption by refusing to take part in it. He stressed everyday events where bribes may be seen as the only way to get anything done. With parliamentary elections set for June 2013, this is probably the first of many anti-corruption messages that can be expected in the coming months.

Because corruption is deeply rooted in society, a shift to promoting transparency and transforming the culture regarding bribes may just start at the level of individuals and institutions.

Nada Akl is a freelance journalist in Beirut