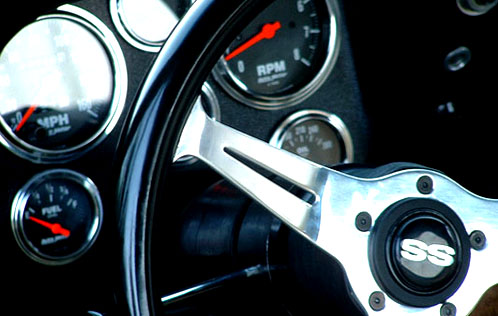 As veterans of the urban warfare of the fourth largest city in the United States (and two years after we left it was crowned deadliest as the murder capital), my family and I had contrived a lifestyle that included the necessary security of my company on all excursions unless when there was a dire necessity.

Still, hopping the bus with small children in North Philadelphia was an unacceptable alternative mode of travel in the heart of “badlands” for a lone Muslim woman. Regardless of the carjackings that were an all too frequent occurrence in the urban landscape of the American street, driving even if I wasn’t there to ride shot gun presented a more acceptable risk than being a pedestrian with small children. Despite my wife’s reluctance to do so, after many reassuring conversations and talks about how she could avoid being a victim behind the wheel, she became a licensed driver.

Driving was part of our plan for her security because it kept her safe.

In Saudi Arabia, the right for women to drive, which has become one of many western media issues to argue the abject subjugation of Arab women under their men, has been an interesting piece of sexist propaganda engineered by so called human rights advocates to chisel a foothold in what would seem, the granite buttress of thousands of years of Arab male hegemony.

In all the protests and outrage over the issue, I have yet to hear any proponent of the right for women to drive to ask why those who make up the rules say no; or figure it out from what they do know about what is going on in the GCC, why Saudi Arabia will not let women drive. The reason is not a classified state secret. Such is the blindness of ethnocentricism, the cultural narcissism which has driven the west to annihilate seemingly countless peoples and their cultures (as well as cause the extinctions of a myriad variety of plant and animal life) in the name of their so called progress or modernization never ceases to amaze me.

Of the several reasons that I can think of as to why no self respecting husband, (son or father for that matter) would allow any woman to drive in Saudi Arabia, the first that comes to mind is enough for me to outlaw any Saudi driving anything outside a tricycle if it were in my power to do so.

Saudi Arabia has more auto related fatalities than any country in the world. In any other place, this would be consider a national crisis. In fact, it is the number one cause of death in GCC countries. It would seem to me before I begin advocating ‘the better halves’ of KSA to join in the carnage; I would at least try to address the factors contributing to these alarming stats before tossing Fatimah the keys to the Bentley. Which is more important, the right to drive or protection from harm and possible death? With population growth at almost at a flatline, wouldn’t it be more prudent to improve road safety first?

Just perhaps the royal government is still formulating a plan for a bottom-up solution to the national crisis. One might wonder, since the King has never given any negative opinion about the prospect of women driving, that maybe he feels, explaining his position to a bunch of sophomoric activists is beneath his dignity.

In their narrow focus on the issue, western activists (and their sympathizers) have unwittingly revealed that their real concern isn’t the welfare of Arab women. Their insensitivity to the issues surrounding women driving (which is more complex than just the auto fatality rate) in Saudi Arabia is the equivalent of promoting sex out of wedlock in country being ravished by AIDS.

When I talked to my wife on the phone about not being able to drive before she joined me in Saudi, I added, “Believe me, you wouldn’t want to.”

My wife not driving in Saudi Arabia is now part of our plan to keep her safe.