Commemorating Both Sides: A Difficult Choice 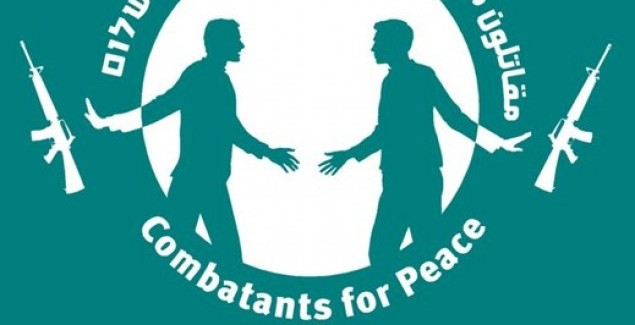 Israel’s official Remembrance Day for fallen soldiers and victims of hate crimes takes place every year in April between Holocaust Remembrance Day and Independence Day. The timing highlights the transition from the devastation of the Holocaust to heroism and revival. Remembrance Day holds a special place of honour in the Israeli Jewish narrative. Life grinds to a halt to allow people to take part in ceremonies across the country.

An alternative joint Palestinian-Israeli ceremony has been taking place now for seven years. Unlike the ceremony which commemorates only Israeli victims, the joint ceremony commemorates victims from both sides of the conflict and, in memory of those who died, calls for an end to it. This year, for the first time, I chose to attend the joint ceremony. It wasn’t an easy choice to make.

Why is it so difficult to commemorate Palestinian and Israeli victims together? This year I faced a dilemma: should I attend the alternative ceremony or am I not ready to share the most “sacred” place in this conflict yet? My instinct told me that attending was premature, but I reasoned that there are people on both sides who have suffered dearly and want to end the conflict.

What was there to be afraid of? Perhaps I feared losing my sense of belonging to Israeli Jewish society. Perhaps it was a fear of recognising that we are not just victims of Palestinians but also responsible for injustices inflicted on them. A joint ceremony acknowledges shared suffering and the fact that we are simultaneously victims and victimisers.

A few dozen protestors were waiting for us at the entrance. They cried “death to the Leftists”, and “leave, traitors!” Israeli flags flapped amidst their cries and made me wonder how the same flag can symbolise such conflicting ideas. At first, I couldn’t look at them directly. Eventually, my curiosity got the better of me; when I looked at them, they reminded me that there are people for whom this ceremony is a grave offense.

Societies dealing with intractable conflict often use a paradigm based on clear distinctions between good and evil. The one-sided ceremony fits this perception. In this world-view we are eternal victims facing terrorists and Arab armies.

But various developments and experiences have led me to embrace a more complex perspective. In the past, I too objected to a joint ceremony. I did so instinctually, even though logically I could see no reason not to hold it. I know now that my instinct was wrong.

The joint ceremony took place in Tel Aviv and was attended by 2,000 people. Unfortunately, many Palestinians who had wanted to attend were unable to because of checkpoint closures in the West Bank.

The ceremony was co-hosted by a Palestinian and an Israeli in Hebrew and Arabic. Bereaved families on both sides courageously shared their stories of loss with the audience. “We must stop accepting the glorification and justification of death as fodder for legitimising wars, terror attacks, violence and the injustices of the Occupation”, said Ayelet Harel, who lost her elder brother in the Second Lebanon War in 2006. Moira Djilani, a Palestinian who lost her husband in 2010 chose to sanctify life, saying, “The tragedy of life is not death, but that we allow things to die within us while we are still living.”

The conflict mentality is geared towards survival, but human beings’ natural tendency is not to choose death over life. In trying to resolve this dissonance, the one-sided ceremony glorifies heroism and places those who died in wars at the top of society’s moral pyramid. This glorification aims to ensure that society as a whole supports defending the state and is willing to make sacrifices for it.

Commemorating the heroism of one side taps into our feelings of anger and desire for revenge and therefore perpetuates the conflict. The alternative ceremony, on the other hand, commemorates the victims of the conflict equally. The main message it puts forward is that the sanctity of life is far more important than the sanctity of death.

I left that ceremony feeling strengthened. Unlike previous years, when I had attended events remembering only Israeli victims, I did not feel broken, desperate or fearful. Instead, I felt supported in the belief that we can join together to preclude the need for commemorating future victims and bring about an end to this conflict – for the sake of those who died in it.

Einat Levy served as an officer in the Israel Defense Forces for five years and is currently a Masters student at Hebrew University and a volunteer with the Bereaved Families Forum.