Citizenship in the Gulf: Is It A Gift or A Right? 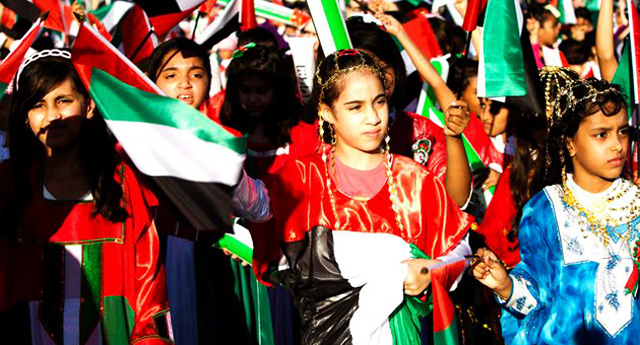 Throughout the Gulf, from Kuwait to Qatar, citizens are justifiably proud of the progress their nations have made in the past few decades. Perhaps nowhere else in the world has a group of people risen so quickly, from dwellers of villages in the desert sands to denizens of skyscrapers that seem to touch the sky. The nations of the Gulf have achieved tremendous success in a very short time.

Within these rapidly evolving countries, certain social issues are rising to the forefront as each nation strives to define its place in the modern world. Residents of Gulf states have recently taken to social media to discuss such issues as how Westernized their nations should be, the amount of influence Islamists should have, the changing roles of women and men, and the invisible line that separates freedom of speech and protection from insults.

Perhaps one of the most contentious topics being discussed is the issue of “population imbalance”, i.e. the ratio of citizens to expat workers in Gulf nations, and the accompanying issue of who should be allowed to become a citizen. Passionate discussions on social media forums such as Twitter have offered an array of opinions on the subject, from Gulf citizens suggesting that all non-citizens should go home, to non-citizen residents saying they love their nation just as much as any citizen and they would fight and die for it.

A sensitive topic for many, population imbalance is a concern in the Gulf because citizens here are minorities in their own countries. Exact numbers are difficult to come by, but the ratio of citizens to expats reportedly ranges from approximately 1 to 3 in Kuwait to 1 to 7 in the UAE. Each Gulf nation has thousands of non-citizens, resident workers from places such as Jordan, Syria, Palestine, Egypt, India, Iran, Pakistan, Sri Lanka and Bangladesh.

Issues of citizenship and naturalization have gained more attention recently, following the Arab Spring movements in the region. Some changes have already taken place. In 2011, the UAE granted citizenship to more than 1,000 children of women who are Emirati citizens married to non-Emirati men, and Bahrain granted citizenship to more than 300 children of Bahraini women with foreign husbands. These moves were widely praised. Still, these numbers are so low as to be almost negligible, and the measures do nothing to address the situation of residents who were born in Gulf nations but do not have at least one citizen parent.

Some Gulf nationals share the belief that, for their country to be successful in the future, its citizens should be of the same ethnic background, religious traditions and national origin. Yet the Gulf has never been 100% homogenous, and historic documents and photograph indicate that people from other parts of the world have lived and worked in the region for centuries.

It is understandable that Gulf nations would want to be careful about granting citizenship and residency. Imagine how much it would strain social resources to grant citizenship to all who wanted it! However, Gulf countries could also realize some potential benefits from initiating a naturalization program for some of their best and brightest non-citizen residents. Such a move could deepen ties between the Gulf and partner nations, enrich Gulf culture with top professionals from all over the world and offer young non-citizens something to aspire to.

Perhaps Gulf nations will consider expanding the definition of what it means to be an Emirati, Omani, Kuwaiti, Bahraini or Qatari by allowing a limited number of foreigners to become citizens. After all, a nation’s strength does not come from its homogeneity. The strength of a nation lies in its culture, in its ability to inspire loyalty and to absorb and unite diverse elements. The Gulf is as rich in this strength as it is in oil.

Christina J. Hebert is an English language teacher residing in the Gulf. Her Tweets have recently been featured in The Huffington Post and The National. An avid user of social media, she can be found on Twitter: @ChristinaHebert .

5 Responses to Citizenship in the Gulf: Is It A Gift or A Right?