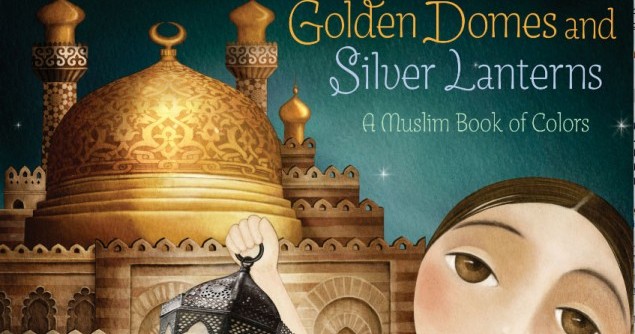 While recently watching the film Argo, I was transported back to second grade. It was in 1979, during the Iran Hostage Crisis, that I became acutely aware of being the only Muslim in my public school. Even at that young age I realized that my classmates and teachers didn’t understand who Muslims were and what we believed. Unable to explain my faith and my culture, I stayed quiet, feeling anxious and confused.

Thirty years later, my younger son is in second grade, and his Muslim faith is once again in the spotlight. Despite the fact that most people are now more familiar with Muslims than when I was his age, there is a climate of increased mistrust and hostility toward Islam that sadly extends beyond Iran to Muslim Americans as well. As a parent, I can’t help but be anxious again. What are my son and his older brother hearing about their religion in school? What negative things that are being said about Muslims might they be internalising? How is this shaping their identity and self-worth?

Yet despite these concerns and the challenges the Muslim American community faces, I’m hopeful for the future. As a children’s writer, I was thrilled to have the opportunity to publish a Muslim-themed picture book, Night of the Moon: A Muslim Holiday Story (Chronicle Books, 2008). In the story, I explain the holidays of Ramadan and Eid ul-Fitr through the eyes of a child. My goal was to focus on the celebratory aspects of the holidays through things that all kids can relate to, like parties, cake, and presents. The book highlights the fact that Muslims are part of the fabric of American society, and that we share the commonly held values of community, charity and family.

Night of Moon was enthusiastically embraced by educators and reviewers. I was literally embraced by one excited teacher in the hallways of a public school during an author visit. She, like others, recognised the need for Muslim children to see themselves reflected in the literature, and for others to have the tools they need to demystify our traditions. Muslim parents told me that they used the book for school visits and donated it to libraries. And non-Muslims said they found it helpful in different ways, like my neighbour who said, “I’m ashamed to admit I never understood what Ramadan was until I read your book to my little one.”

My most recent picture book, Golden Domes and Silver Lanterns: A Muslim Book of Colors (Chronicle Books, 2012) is a colour concept book that introduces common Islamic items, such as a prayer rug and a headscarf.

Once again, I’ve been overwhelmed by the outpouring of support for this book among Muslims and non-Muslims alike. Muslims are grateful to have something beautiful to hold on to that portrays them in a positive light and non-Muslims have gone out of their way to tell me how important a role they see the book playing in introducing Islam.

As a parent and an author, I originally set out to write books for my kids and others like them so they could feel represented. But I’ve been pleasantly surprised to see that the books serve an even bigger purpose.

Picture books, while not something I considered an agent for change before, serve to educate both children and the adults who read to them and lead to conversations and discussion. They can add to the culture of inclusiveness and diversity that most Americans treasure. And they can help satisfy the curiosity of so many fellow Americans eager to understand Muslims.

Muslim Americans need our stories to be heard, and children’s books are a powerful way to share them. I hope that in some way, my books are helping Muslim kids to feel proud of their traditions – no matter what is happening in the news – and to hold their heads up high.

Hena Khan is the author of several award-winning children’s books and a communications consultant and is based in Rockville, Maryland. You can find out more about Hena and her work at henakhan.com.