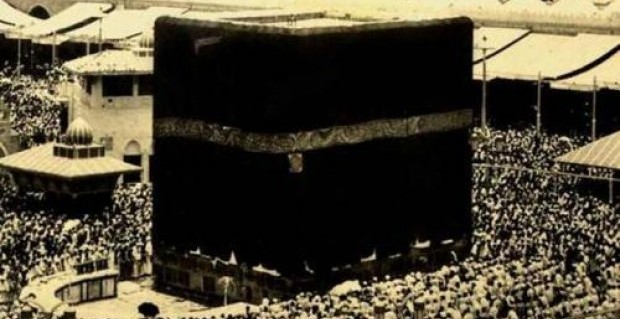 A reader drew my attention to this paper at CyberOrient, a peer-reviewed journal on the Middle East. I think it worth reading.

The article focuses on the issue of women’s driving in Saudi Arabia. It notes that the ban on their driving is based on cultural fears and a fatwa, one written by Abdel Aziz Bin Baz, when he was Grand Mufti of the Kingdom. The article points out correctly that a) culture is not the same as religion and b) a fatwa is a non-binding opinion: it does not carry legal force anywhere within Islam. People are free to follow or ignore any given fatwa.

Shariah law is interpreted by many different groups throughout the Islamic world and they don’t all agree on everything. Consequently, rather than a single Shariah, there are numerous interpretations on many issues. The illegality of women’s driving is unique to Saudi Arabia, for example. Other Islamic countries find women’s driving banal and unworthy of comment, never mind worry.

Because Sunni Islam has no single, ultimate authority, this is the way things have to be. Each country will interpret Shariah law in ways that best suit it. Interpretations of Shariah are just that, interpretations, until they are structured within laws written by parliaments or palaces. Only law is binding, be it Quranic or secular. This has the downside, though, of permitting certain interpretations to go unchallenged, because there’s no authority with the power to challenge on dogmatic or doctrinal grounds. One result of this is that human rights can go unprotected or ill-protected, with no real handle to get at changing the situations.

The paper suggests a solution: a ‘Best Practices’ analysis of all countries’ interpretation. Here, ‘best’ would be defined as ‘that which maximalizes human rights.’ The Quran and Islam are certainly not against human rights. In fact, the Quran represented a major expansion of the concept in how it approached things like marriage, slavery, and that status of women in 7th C. Arabia.

I think this is an interesting idea. Whether it is practicable, though, is another question. The paper cites the example of Morocco and its 2004 revamping of its Personal and Family Law that greatly expanded the rights of women. It could be done on a region-wide basis. I have doubts, however, that all Islamic countries would cede the power of their parliaments and ulema to a general consensus. I fear, too, that efforts to do so would end up with only lowest common denominator laws. While these might be a step forward for the most restrictive countries, it could also mean a step backwards for the more progressive.

Still, this is an idea worth thinking about.

The King, the Mufti & the Facebook Girl: A Power Play. Who Decides What is Licit in Islam?
Khalid Chraibi

Saudi Arabia enforces a ban on woman driving on the grounds that it is prohibited by sharia law. Women’s associations have actively denounced this ban for years, arguing that it was the only Muslim country which had such a peculiar interpretation of Islamic law. A power play is taking place online on this subject between the ulema (who support the ban), the Saudi authorities and feminine associations. This situation raises the question: “Who decides what is licit or illicit in Islam?” Muslim women’s associations merely ask for the implementation in Muslim countries of the “best practices” in Islamic law which exist anywhere, as a substitute for those laws which are unfavorable to women’s rights or do not protect their interests adequately.