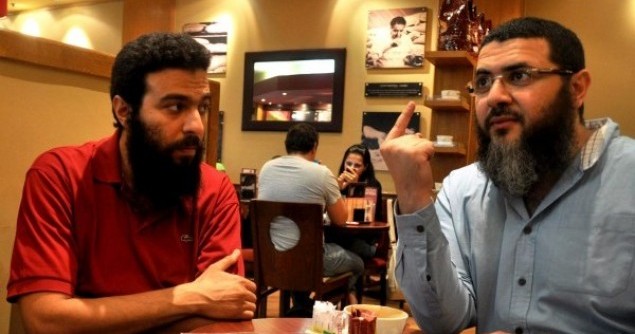 In recent weeks, stories about Salafis have erupted in headlines as people try to understand the role they played in the tragic episodes of violence associated with an incendiary video ridiculing the Prophet Muhammad. Salafis are a broad group of conservative Muslims who typically have a literal understanding of Islam and seek to emulate and revive the traditions of the salaf or earliest followers of Islam. As more instances of Salafi political engagement have emerged, a notable break from their long history of political passivity, several Western analysts and media outlets have highlighted the seriousness of the emerging “Salafi threat”. A recent article in The New York Times, for instance, was titled, “Don’t fear all Islamists, fear Salafis”.

While Salafis do share a loose set of socially conservative values, they are not a monolithic group. Today, a group in Egypt known as Salafyo Costa presents a stark counter-narrative to the dominant discourse about Salafis found both in the West and the Muslim world. This is a unique organisation that aims to dispel some of the widespread negative generalisations about Salafis, while uniting diverse Egyptians to work together to improve their country. It is important that we in the West and Muslim-majority countries take heed of such voices because of their potential to counter intolerance.

The name plays on the stereotype that Salafis, who are seen as anti-Western, would never drink lattes or frequent a Western coffeehouse like the Costa chain, which has opened stores in Egypt; an appropriate American parallel would be “the Starbucks Salafis”.

This unique Egyptian initiative is not only working to counter generalisations about Salafis, but also to stimulate conversations between people of opposing views on how to tackle Egypt’s most pressing social challenges. And while members of Salafyo Costa joined in many Tahrir demonstrations, the movement refuses to make any political endorsements.

When I met Mohammed Tolba, the founder of this initiative, many of my own assumptions of Salafis were fundamentally challenged – to be frank, I didn’t realise Salafis could be so light-hearted and tolerant. Mohammed emphasised some basic struggles that the group faces: reminding themselves and other Salafis that they do not have an absolute monopoly on religious truth, and encouraging Salafis to have regular and meaningful interactions with other Egyptians rather than isolating themselves as they have for many years (which in part was a result of the discrimination they faced under former Egyptian president Hosni Mubarak).

The group has also attracted a remarkable number of politically liberal supporters, and it may come as a surprise that Coptic Christians are among its core members. It also has nearly 150,000 fans on Facebook.

Both Salafi and Coptic members share socially conservative values and guard their religious practices closely, yet recognise the necessity of transcending theological differences to work with others for the interest of their country as a whole. Indeed, one basic principle of Salafyo Costa is its emphasis on fully preserving one’s identity while collaborating with people you may disagree with.

Mohammed Tolba explained to me their acknowledgement that theological disputes are rather counterproductive. Instead, they focus their energies on social activities like Salafi-Coptic soccer games and community service – which is particularly noteworthy given the ongoing sectarian tensions in post-revolutionary Egypt.

Despite Mohammed’s own somewhat traditional Salafi appearance with his long beard – although he was wearing sharp business attire – he talked about the importance of not focusing on superficial manifestations of religiosity but rather social issues that really matter, and on rebuilding Egyptian society.

I was particularly struck when, somewhat in contrast to the dominance of literal interpretations among Salafis, he expressed learning from his own Salafi teachers the importance of returning to original religious sources and recognising their underlying principles before implementing them in daily life –indeed, this is what the term Salafi refers to.

It is unique initiatives like Salafyo Costa that are most likely to succeed in effectively countering the ideological intolerance and willingness to use violence to impose their viewpoint of some Salafis, by presenting an alternative from within the spectrum of religious conservatism.

We in the West, and those in Muslim-majority countries, should be aware of these and other advocates of tolerance and bridge-building across ideological divides. Not only will this help combat dangerous forms of intolerance, but giving a greater platform to such voices will also help lay the foundation for a strong democracy in transitional countries like Egypt, as open and respectful discourse between those of opposing views is a key feature of any democratic society.

Nada Zohdy is based in Washington, DC, where she works to support civil society in the Middle East and North Africa.