Budaiya: The Simple Pleasures of a Bahraini Market 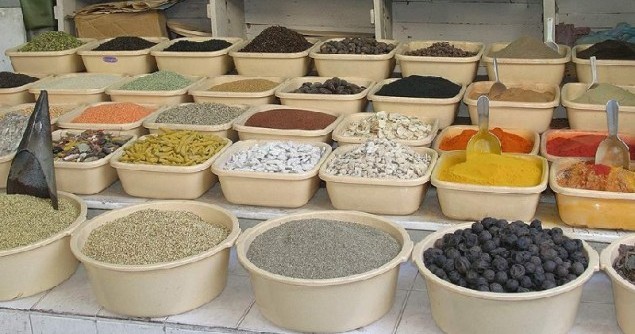 As different as night and day.

Budaiya is a district of Bahrain where the fault lines of Bahraini society are starkly visible.

Opulent villas and estates full of date palms and vegetable gardens sit side by side with Shia villages where many of the worst disturbances of the past two years have taken place. Evening confrontations  – between protesters and police, accompanied by the full repertoire of fiery road blockages, burning tyres, Molotov cocktails and retaliatory tear gas and baton charges – are still regular events in similar hot spots across the island.

But there is another side to Budaiya. Early this morning I visited the Ministry of Agriculture Park just off the main highway. Among the palm trees, water features and shaded lawns of the park the weekly farmers’ market was taking place. If it wasn’t for the palm trees, it could have been the kind of market you might see in a small town in England or France. Stalls full of fresh local produce. A row of trestle tables where you could buy breakfast – Spanish omelettes, Arabic bread and milky tea. The produce was mainly fruit and vegetables – no meats, cheeses and bread as you would expect to see in a French market. But it was fresh and varied. Everything from peppers, aubergines, beetroot and carrots to herbs and fat, shiny melons.

As I was admiring the produce, a group of old men wandered past singing old pearling songs, and the stallholders joined in the whooping.

I passed a stall selling baby date palms. According to the owner, the larger plants will produce kilos of dates within a couple of years. A sample of the fruit, washed down with gahwa (Arabic coffee) was enough to convince me that if I had a garden, two years would be worth the wait.

On the way back from the market I passed by a few local landmarks. A castellated palace, Disney-style, overlooking the sea, built by the brother of the late ruler, Sheikh Isa. A row of fine government-built houses lining the shore. A jetty where fishermen were departing in their small boats. And a camel farm built by the same sheikh who owned the palace.

Yet the main road was pitted with the scars left by burning rubbish and tyres, and graffiti – painted over yet still visible – adorned many of the walls.

The market was full of people – Bahrainis and expatriates from the nearby Western compounds. I talked to one of the stallholders. He works as a messenger in the financial district. He cannot not support his family on the salary alone, so he runs the family farm in his spare time, producing vegetables, eggs and milk from his cows.

Look around the market in its idyllic setting, and you would never believe that this was in an area regarded as a hot spot for the kind of street conflict that has plagued the country. Where political activists have been arrested and torture is alleged to have been widespread in the early days of the troubles.

Bahrain boasts many cultural and sporting events. Last night the Gulf Cup – the biannual football tournament between the Gulf nations  – ended with the UAE triumphing over Iraq. The place has been flooded with football fans as passionate as any in the world. There is a new National Theatre which this week will stage Rigoletto to celebrate the 200th anniversary of Verdi’s birth. And soon the island will reverberate with the sound of the Formula 1 Grand Prix.

Personally, I didn’t come to Bahrain to watch football, opera or motorsport. Give me the farmers’ market any time, and those old guys singing songs about the sea – so much closer to the island’s roots as an agricultural and fishing community, blessed with abundant springs and coastal waters teeming with shrimps, hammour and yaneen.

Most of the springs have now dried up. Fisheries have been disrupted by land reclamation. And the only pearls retrieved from the sea are taken for tourists on boat trips.

That’s progress, I guess. Traditional industries would never have funded the lavish villas of Budaiya’s elite. The gap between rich and poor was always here, but before the discovery of oil it was at the subsistence level. A matter of land, livestock, boats and food on the table.

Nobody should begrudge the people of Bahrain and the other Gulf states the comforts we in the West have come to take for granted. But with those comforts has come the price of agonising complexity.

In an area so riven by envy and hatred, how precious is the simple pleasure of a farmers’ market.