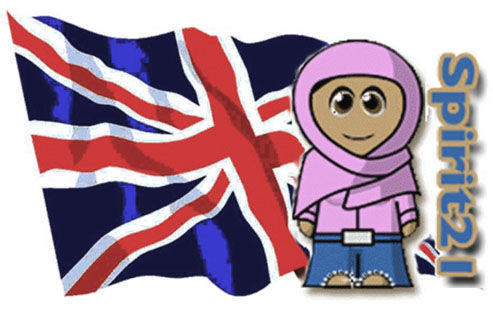 When it comes to discussing British Muslim women, you’d be forgiven for thinking that we lead a one-dimensional lifestyle: the niqab (face veil)-and-nothing-but-the-niqab. The image of long draping black cloaks and sad-looking eyes comes to mind, and it is part of the discourse of defining Muslim women entirely by what they wear.

On the other hand, there is the danger of painting a “Pollyanna-ish” gloss on the progress that British Muslim women are making by taking the examples of those in the public eye. For example, last month Baroness Sayeeda Warsi, Co-Chairman of the Conservative Party and arguably one of the most powerful people in the country, has been out in the press – and not because she’s a Muslim woman, but for defending the government’s spending cuts. She’s joined in the media by two female members of parliament in the opposition Labour Party’s shadow cabinet, and one of the presenters of the globally popular X Factor’s sister programme, The Xtra Factor.

I created the image above about three years ago – since it has been copied and re-used (without my permission, or without crediting Spirit21 I should add!)

It’s good to see the faces of Muslim women as part of the fabric of the nation, not because of the “Muslim woman” label but because of their talents and contributions. Yet this dichotomy of oppressed and hidden versus liberated and public is simplistic as well as untrue.

Most Muslim women’s existence in the UK is not defined by their decision to wear a veil or not, nor is it all glamour at the highest echelons of politics and entertainment. Like most other women, their concerns focus on the ordinary issues of day-to-day life such as education, employment, health and family. But, worryingly, they face additional barriers.

Take the arena of work. According to a 2010 report by the UK Equalities and Human Rights Commission, only 24 per cent of Muslim women in the UK are employed, and those who have little knowledge of Islam and Muslims are quick to pretend that this is correlated to Islam’s so-called ”oppression” of women by their families.

However, a 2008 report by The Young Foundation that looks at second-generation Muslim women concludes that such “common perceptions about attitudes and barriers are misleading – most women are supported by their families in their decisions to work”, adding that “some of the barriers which affect British Muslim women affect all women, such as gender discrimination, inflexibility, and lack of childcare. But British Muslim women also face additional challenges, including discrimination based on clothing and faith.”

British Muslim women, however, are tackling this head on. We have a generation of Muslim women politicians, community leaders, businesspeople and writers like me. We’re all working hard to change the narrative and create new images, stories and cultures. This will break the gridlock of the too simplistic stereotypes that hold about Muslim women and offer them the freedom and opportunity to define who they are on their own terms.

We must do this by creating a shared vision of a better future.

And my book, Love in a Headscarf, which tells the story of growing up as a British Muslim woman looking for love, is translated globally and sits at the number two spot on the bestseller list in India.

Or consider Jobeda Ali who organised a Cineforum showcasing films from around the world featuring Muslim women. Or Shaista Gohir’s Big Sister website, providing young Muslim girls with female Muslim role models from across the spectrum of professions.

Sarah Joseph, a British Muslim convert set up emel, perhaps the world’s first glossy Muslim lifestyle magazine. And Roohi Hasan is a television news editor and part of the team that set up Channel 5 news, one of the UK’s most popular news programmes. Meanwhile, Professor Maleiha Malik, a barrister and professor of law at the prestigious Kings College London, focuses on discrimination law, minority protection and feminist theory.

With such bright, innovative and motivated Muslim women crossing the frontier of so many disciplines, we must remain optimistic that the simplistic stereotypes will be forgotten and the richness of talent that Muslim women present will be recognised and harnessed.

One Response to Breaking stereotypes about Muslim women