Books are Best: A Luddite’s View of the Kindle 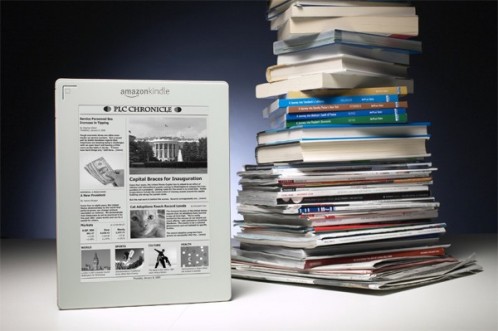 I have been arguing at some length with young friend Eilidh about the merits of Kindles. As many will know, I am something of a Kindle fanboy, but Eilidh (the older sister of godson ‘The Jack’) has been holding out in favour of the smell of an honest book.  Eilidh and The Jack have been down in London staying with us over a weekend of blue skies and visits to steam railways and aerodromes and the argument has been raging throughout the idyll.

Eilidh’s Parthian shot was delivered after her departure for the train taking her back to Scotland – a fleeting knock on the door and delivery through the post box ensured I had no chance to refute her outrageous claims this time around.

So as she has gone to such lengths to have the last word, I shall present her argument here for perusal  by the intellectual elite that occasionally sees fit to ramble past these parts.

Eilidh’s Ten Reasons Why Books Are Better Than Kindles

1. You can’t get a signed copy of a Kindle book.

2. You can’t get picture books on a Kindle.

3. You can’t get First Editions.

4. You can’t read in the bath or the poolside in case it gets wet.

6. You can’t make paper aeroplanes with a Kindle when you’re bored.

7. You can’t light a fire with a Kindle in an emergency.

8. You can’t give all your old Kindle books to the charity shop.

9. I can’t get Kindle books from the Alloa library.