Believe It: There’s a Latent Superhero In All of Us 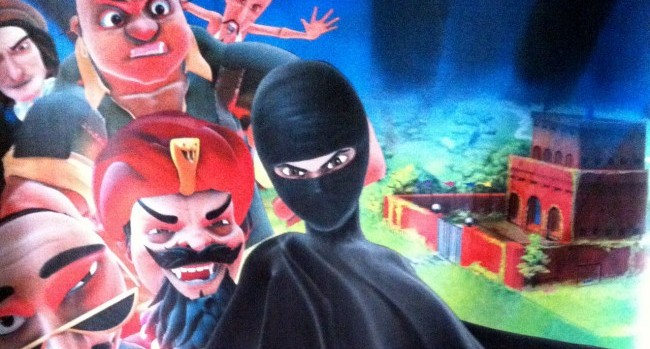 I’m feeling a bit superhero-ish. Don’t worry, I’m not about to morph into a green, muscled monster, or scale up a wall to save the good guys. But I am definitely inspired by the latest creation by Marvel Comics: Kamala Khan, a Pakistani-American Muslim teen superhero who takes on the name Ms Marvel.

With a complicated family, the ability to grow giant fists and a complex story of identity, cultures and religions, Kamala Khan is a potent idea: she has introduced the notion to the mainstream that Muslim women can be superheroes.

I believe there’s a little bit of superhero inside all of us. I believe that is the human (not a warped-in-freak-DNA-swap) condition. We just have it ground out of us by the ordinariness of life. Cynicism squeezes out of us the belief that things can be a different, “super” way. The closest we ever get to it as women is joking about being SuperMummy in the face of tasks that appear to be incapable of being solved by ordinary human effort in the ordinary human understanding of time. But the fact that so many of us achieve it shows that what appears to be superhuman is entirely within our reach.

We just need a glimpse that it’s possible to make us realise that we have the power. We need a leader by example; someone a bit like us. We want to see our angst writ large, even if it is in the fictional realm. In fact, sometimes fiction allows us to explore beyond what our realities allow us to imagine.

For Muslim women, all too often the supposed reality of our lives is depicted as deeply miserable and passive. Certainly, injustice is a feature of life for women in many societies, including Muslim women. But to see the rise of fictional fighters, opponents and, yes, superheroes who themselves are Muslim women sows the seeds of the fight against those injustices. They paint a richer canvas for our stories to be told and to experiment with new stories and narratives.

I love Qahera, created by Egyptian blogger Deena Mohammed. With her supersonic hearing, she says: “I can hear the sound of misogynistic trash!” She swoops in to sort out oppressive husbands in typical superhero comeuppance. She then tackles Femen, an anti-Muslim-women “feminist” organisation and finally takes street harassers to task.

In Pakistan, the cartoon Burka Avenger tells the tale of an ordinary unassuming teacher by day, who takes on Taliban-type baddies by night when she dons a black mask and cloak that look like an abaya.

These women are powerful. They contravene social expectations about them. And they say and do things that “nice” (Muslim) women are not supposed to do. The superhero worlds they inhabit give them permission to step outside the boundaries of what Muslim women are permitted to do, and take us on flights of fancy that we would like to follow. In turn they give us permission to assert power in the face of our own angst. These are examples of fiction that can be both commercially successful and socially impactful.

The very existence of these superheroes writes a new story about the right of Muslim women to be powerful. We might be struggling with the laundry, extended family gatherings and putting up shelves at home. But whether it be in our personal domain or in the public space, it is encouraging to see reflections of the superheroes we know we can be. The force is with us, and the force is strong.