Believe It Or Not: Saudis Not Getting Enough Sun 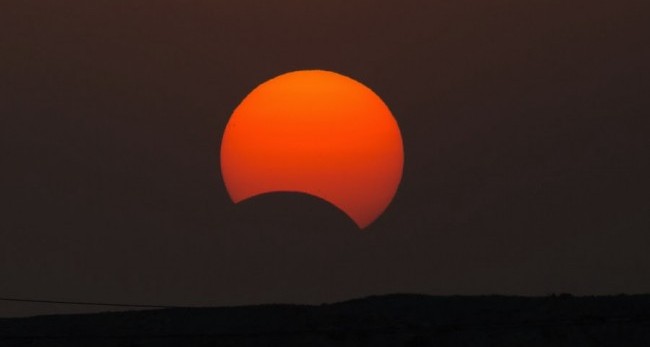 Sunny Saudi Arabia is facing problems with Vitamin D deficiency. Vitamin D is one of the vitamins that the human body can produce for itself; it only needs exposure to sunlight. Unlike certain Western movements that seek to avoid exposure to the sun — in order to avoid skin cancers or just to keep pale skin — Saudi Arabia’s deficiencies are due to avoiding the Sun for some other reasons.

One, of course, is that the sunlight in Saudi Arabia is awfully intense (though not as intense as in countries at high altitude). People don’t like to bake, if they can avoid it. Another, not stated in this Arab News article, is that Saudis tend to cover up for reasons of modesty — both male and female — and end up blocking the sun. One reason provided in the article, though, is bogus: shades or tinting on automobile windows is inconsequential as glass is an effective barrier in itself. Sedentary lifestyles may also bear some blame, but one has to admit that there’re so few outdoor, daytime activities that meet with social approval that one might as well stay indoors.

Despite the Kingdom being among the top countries in the world in terms of exposure to sunlight, Saudis ironically suffer from a severe lack of vitamin D, of which the sun is a natural source.

This was revealed by Nasser bin Mohammed Al-Daggrey, supervisor of Prince Miteb bin Abdullah Center for Research in Biomarkers for Osteoporosis. The average sunlight in the Kingdom is an estimated 2,200 kWh per square meter, due to its location on the earth’s sunbelt.

Al-Daggrey said the importance of vitamin D lies in its ability to absorb calcium and phosphorus, which are nutrients that play a prominent role in protecting human bones and the strength of muscles, as well help fight diseases such as colon cancer, breast cancer, heart disease, Type I diabetes, and the common flu.

Many Saudis suffer from severe vitamin D deficiency due to lack of exposure to the sun on a daily basis. Prolonged stay indoors or in places away from sunlight, the use of shades on vehicle windshields and consuming junk food low in nutrients all contribute to this deficiency.