‘Inside Outsider’: Advice on living in Saudi 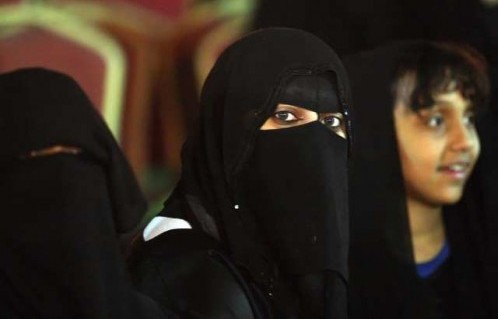 Many children of mixed marriages in Saudi Arabia (usually the father is Saudi and the mother is not) have identity issues. They do not particularly feel accepted by or part of either of their parents’ cultures. Certainly when my son moved to Saudi Arabia at 14, he felt much more American than he did Saudi. Had he been exposed to the Saudi culture at a younger age, perhaps he would have felt differently. Or maybe he would have felt even more confused about his identity.

I’d like to introduce you to “The Inside Outsider,” who is half-Saudi and half-American. She and her siblings were raised as “citizens of the world,” attending schools in Saudi Arabia, America and Europe. Now in her mid-30s, she is married to a Saudi man and is raising her own children. They live in KSA but travel frequently outside the country, exposing her kids to the many wonders and complexities of our globe.

The following is sage advice and unique insights she has for newcomers to Saudi Arabia who are trying to fit in and make a normal life for themselves in this country that has many cultural roadblocks in the way, as well as attitudes hostile to the modern world. So here, in her own words, is “The Inside Outsider.”

About this place they call “Saudi,” I have a lot to say about it. I have many feelings that are buried deep down inside, and for the first time, I am going to bring them out. I am turning my thoughts and feelings into words; these have been building up since childhood.

Saudi Arabia is a unique place. It’s a place where the ancient wisdom that it was once renowned for is long gone, buried under the mineral and black gold that seems to have given it new character and personality. A wisdom that has no more value, a wisdom that is now considered worthless and those who try to practice it are shunned and pushed aside. The ancient leaders of Arabia, the well-known prophets, scientists, romantics, poets, and many others would be appalled at what it has become today.

The Kingdom of Saudi Arabia often reminds me of the television series “LOST.” It is a place with a strange power that controls everybody – a power that is unseen, unexplained, scary, yet resourceful. It is a place that is a “goldmine,” a “safe haven,” and a “no mans land,” where if you place yourself properly, you can get away with murder – literally. This place attracts the most insufficient, unprofessional, unethical, dishonest people from all around the world. It attracts people who cannot make a decent living, people who have been convicted for something minor or even major, people who escape taxes, people who cannot get it together in their own countries – they all come here.

Saudi Arabia has a very low standard for anything ethical or professional. Its people are lazy, consuming, demanding, self righteous, spoiled and incapable. During the past 20-30 years, they have been in a slumber induced by a lack of leadership and tight controls on everything, which retarded any kind of growth. Losers from other countries come here to make a quick buck. I personally know and can name a few. These people come from all walks of life – the Americans, the British, the Indians, the Bengalis, the Filipinos, the Egyptians, etc, etc.

Saudi residents tend to group together to create little clicks, gangs, mafias – whatever you want to call it – survival groups that are bonded by the same goals, mentality, and mind set with strong loyalties to each other. These groups are very difficult to infiltrate if you are not like-minded. They are based on a commonality that each individual has while excluding any others. This grouping can be among siblings, extended family members, school friends, college friends, colleagues at work, or specific social classes and groups. If you find yourself trying to fit in, you will not be able to unless the majority in the group find a commonality that they can accept you for. They are in control not you; so don’t even try to fit in.

This is where I tell you not to be concerned with cultural differences or racial differences, because these are not what the society is based on. I don’t feel like there is a real culture in Saudi Arabia anymore. Society doesn’t practice true Arabian or Islamic behavior of generosity anymore. No more open homes, free food, kind words, smiles, helping hands, or anything that the Arabs or Muslims were previously very well known for. There no longer exists the Arabian Knight on a shiny white horse.

Don’t be afraid; be proud that you don’t fit in. I personally felt extremely reassured and relieved when I realized that I don’t fit in fully and that I never will. I have been brought up in a multi-cultural home, which is non-judgmental, considerate, kind and forgiving. I was ecstatic when I finally accepted that I would never be a full part of the Saudi people of today. I may never really fit in anywhere, but I know that the human characteristics that really matter in the end are the ones that I want to practice and hold on to even if that means that I am estranged from my own “home town.”

This place has to have a purpose for you, besides it being a home. You have to find something that you can only be able to take advantage of in such a country – maybe like completing a higher degree because of the long empty hours you will have affording plenty of time to study, or work experience that is unique, or exposure to others who may get you a foot in the door somewhere. Make this place work for your personal gains. Don’t just exist here for the sake of your children; they will also never really fit in. Let them be who you want them to be, not who you think the society will accept – because it’s not going to happen. They should be good people with beautiful human characteristics, with universal rules to follow – people who can live anywhere in the world and make you proud.

Always make sure you have an escape – yes, a way out! Always keep your passports with you, especially the American ones. Make sure you have the consulate’s number with you at all times. Always have a plan that will get you and your kids out of here if necessary. Most Saudis have and or seek dual citizenship for this reason – an escape route. Those who don’t have dual citizenship truly envy those who do. People may mistreat you only because they know that you and your kids can leave if you ever wanted or had to, and that the American government will support you as a person no matter what. YOU ARE THE UNTOUCHABLES, and that’s why you feel the hate.

Of course there are many good things here, but you must wade through the bad and scrape it off before you can see or appreciate the good. That’s just the way it is – the most annoying stuff just gets right up into our faces. In my opinion it is one of the most difficult countries in the world to live in. This place is “special” in many different ways. You will find those few and far between people whom you will not be able to live without. These are the people who will appear when you are most in need and they can keep you afloat. These people will be your friend no matter where you go, and they are in the same position you are in, so they understand.

Don’t be who you are not, and don’t try to change. That is the biggest cause for distress and depression when living in Saudi. Because no matter how hard you try to please family members, friends, or “the group,” they will never appreciate it and never be pleased because you are just not one of them – and you will never be. It’s the painful truth; they will just laugh at you and talk about you behind your back. So be your beautiful Californian blonde self and enjoy being that. Their envy is killing them!

I know that it is tough because you must live in survival mode constantly. You must become accustomed to protecting yourself and building a strong defense mechanism. It is exhausting and sometimes not worth it. But if you choose to live here, this is the advice I have for you. This is what I have learned living amongst them as an “inside outsider.”

4 Responses to ‘Inside Outsider’: Advice on living in Saudi