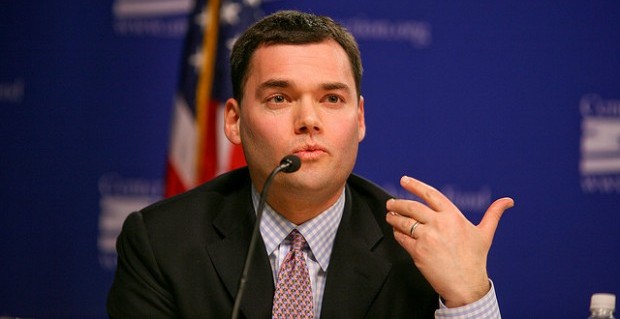 Boycotting Israeli occupation corporate profiteers has become a mainstream concept in the US- as evident by the countless articles discussing Boycott, Divestment, and Sanctions (BDS) that have been published recently. Last week in a New York Times article Peter Beinart, a prominent academic voice for liberal Zionism openly endorsed the use of BDS as a strategic tool to end the Israeli occupation.

Beinart’s provocative suggestion received a lot of media attention and angry responses by pro Israel supporters including those who claim in theory to object to Israel’s profitable occupation settlement enterprise and its settlements expansion policies. American liberals as well as conservative Jewish and pro Israelis’ objection have been fierce in spite of Beinart’s claim that his endorsement of BDS is meant to save Israel.

Notwithstanding, Beinart’s BDS endorsement is providing the space for a serious conversation among American Jews and others on the use and utility of BDS to stop and maybe even rewind Israel’s illegal settlement expansion. Beinart is also challenging many American Jewish institutions and organizations that since 1967 have funded Israel’s illegal settlements and have supported the settlement enterprise by marketing their products in the US and promoting them in every federal and state agency. Beinart’s article is pushing the imposed restrictions of discussion among pro-Israel Americans by advocating for the utility of BDS in what he terms within the boundaries of the “undemocratic Israel” or the Occupied Palestinian Territories.

Beinart suggests that adopting the Palestinian BDS call through a partially limited boycott of the settlements, their industries and products will save his ideal conceptual understanding of Zionism. According to Beinart, adopting BDS will revive the Zionist movement that died when it was hijacked by Jewish extremists. The Zionism he holds dear is the ideal envisioned by Israel’s founders and enshrined in Israel’s Declaration of Independence, which calls for the Jewish state that is wholly democratic that  “ensures complete equality of social and political rights to all its inhabitants irrespective of religion, race or sex.” He further explains Israel’s founders “understood that Zionism and democracy were not only compatible; the two were inseparable.”

While his reasoning and perspective that Israel and Zionism are compatible is debatable, nevertheless the fact that he promotes BDS as an effective tool in his words to end Israel’s  “systematic oppression” is remarkable. Beinart’s article is filled with praise of the majority of settlers, suggesting “most settlers aren’t bad people; many poor Sephardic, Russian and ultra-Orthodox Jews simply moved to settlements because government subsidies made housing there cheap.”

His oversimplification of the illegal settlements overlooks the moral, ethical implications of living on stolen Palestinian orchards, villages and towns, or the manner by which each of these settlers infringe on the rights of Palestinians, their property and access to their roads, water, schools and institutions. He skirts issues over the harm that these settlers impose on nearby villages and towns; the obstruction they pose; and the complex Israeli military apparatus that enforces the Palestinian occupation ensuring settlers are protected and free to range on Palestinians stolen lands and properties. Beinart conveniently separates the settlements from Israel as if the settlement enterprise is independent of Israeli policies of expansion and occupation.

He says nothing of the considerable profits this illegal occupation enterprise engenders and the fact that it’s a vested interest of Israel’s industrial and private sector (within and outside of the Green Line). Beinart’s article does not consider how dependent and heavily invested  Israel’s private sector is in the Israeli occupation, or the countless Israeli companies and businesses that were first seeded by offering structural support and other services to the settlers and their settlements providing the means and funds for these companies to expand their businesses in Israel and internationally.

Nevertheless, Beinart’s proposal and open advocacy of BDS illustrates how mainstream the BDS concept has become as well as its effectiveness as a strategic tool. More interestingly Jewish Americans, who once depended on Israelis to lead and define Israel’s political path to ending the occupation are left with few concrete alternatives. They have come to understand the creative and strategic strength of the 2005 Palestinian BDS call and realize the potential that BDS offers in ending the Israeli occupation. They also recognize the amazing successes that the Palestinian have marshaled in building an effective viable global BDS movement while living under Israeli occupied Ramallah, East Jerusalem and the Israeli sieged Gaza.

If Beinart can help advance BDS especially among pro Israeli supporters here in the US to stop funding and supporting Israel’s profitable settlement corporate enterprise, I for one will join with those applauding the effort.  So too Beinart’s desire to advance a truly democratic Israel free of bias, discrimination, division where all citizens are equal “irrespective of religion, race or sex,” where complete equality  is honored and upheld for all inhabitants – even if that presently seems more like a pipe dream, than a realistic goal.

4 Responses to BDS: It’s Become Mainstream in the United States