Bahrain vs Dubai: To Live and To Do Business 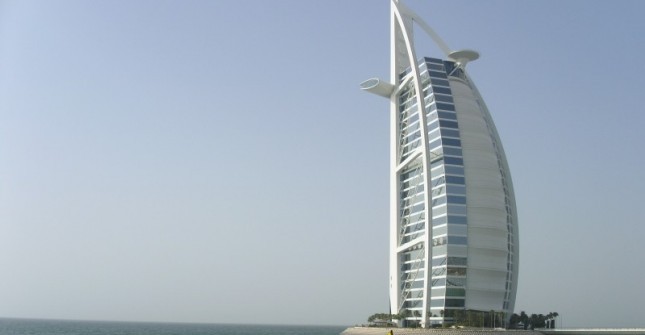 Two years ago I wrote a piece comparing Bahrain to Dubai. Even though Bahrain was going through the worst of its trauma at the time, I still gave my vote to it.

Would I do so again today? I’m not sure. Many of the things that I cited then as reasons why I personally preferred Bahrain are still true today – most notably the country’s “authenticity” as a society in which a far greater proportion of the population are nationals, and the good hearts of the vast majority of Bahrainis.

A friend who left Bahrain for Dubai has other views. In a comment to the original article, he wrote:

“Two years down the line it is sad to say that Bahrain’s advantages seem to be eroding further, with no end in sight. After 12 years of running my own entrepreneurial business in Bahrain, the supply of work and clients in Bahrain simply dried up. Trying to “hang in there” made things harder than they would have been otherwise, and desperate people’s deviousness only made it worse. I’ve relocated to Dubai, started afresh, and can see opportunities here that could equally have happened in Bahrain – but have not, and are unlikely to for the foreseeable future.

I like Bahrain a lot, and miss the ease of doing business (when there’s business to be done), the comfortable, “lived-in” feel of the place and feeling that Gulf Air really cares. But I can’t see myself going back. Dubai has evolved radically into a socio-economic enclave, where the expatriate population is actually a primary driver of the economy. The termite tunnel that was Sh Zayed road has turned into an enormous mound that has spread all along the coast and back to the hinterland.

The old expat way of life has gone in Dubai, but in its place is infrastructure, opportunity, stability and a refuge for the wealth of the failed states of the region.”

It’s interesting that he sees the dominance of the expatriate population in Dubai’s economy as a plus. While I can understand that, you could argue that over-reliance on expatriate labour leaves Dubai like a house built on shifting sands. It would only take another downturn for many of those expatriates to run for the hills. Would the Emirati population be able to take up the slack? Would it want to? I’m not sufficiently informed on Emirati demographics to comment on that.

But business is business, and Bahrain is not a wonderful place for a foreign entrepreneur these days, as my friend points out and as I can also testify. Most of my business these days comes from other Gulf states, so Bahrain at the moments serves mainly as a jumping-off point. This is not the reason I came here – I would much prefer to be doing a healthy proportion of local business. But needs must.

So would I still give the vote to Bahrain today? That’s a tough one. On balance, if business was the only consideration, I would say no. On the other hand, if the country can get through the current turmoil, it could emerge as a stronger society than before. Adversity is sometimes the catalyst for dynamic change – not merely in political terms but in terms of desire to succeed.

If the country comes out on the other side with the sense that nobody owes it a living, then it might emerge from the entitlement culture that plagues many of its neighbours in the region and become a real entrepreneurial force. If it becomes further mired in reliance on subsidies, sweeteners and handouts as the price of restoring peace, it will become ever more reliant on the largesse of its neighbours, and so increasingly under their influence socially and politically. Personally I would hate to see that happen, because it would erode the distinctive character of Bahraini society that attracted me in the first place.

I wrote at some length recently about areas where I feel Bahrain should focus for its mid-term economic development. A couple of nights ago I went to a meeting where the Minister of State for Information was talking about the role of the media in influencing perceptions of the country’s economy. One of the encouraging suggestions that emerged was that there is discussion about establishing a centre to promote film and TV production. A great idea, and just the kind of initiative that can drive exports to the GCC and diversify the economy.

Looking beyond the difficulties of the present, Bahrain still has all to play for.