Arts to ‘Flourish’ in a Ghaddafi-Free Libya 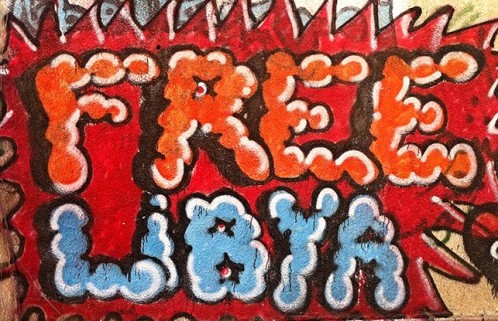 Some Eastern European critics and writers, in the post-Soviet era, have moaned that censorship was good for literature.

I’m almost certain that Libyan-British author Hisham Matar has a strongly worded retort to the effect that literature does not gain from censorship. I can’t find it, so we’ll have to put at least this much into my mouth:

Censorship has not been a boon for Libyan literature. Nor for Egyptian literature, for that matter.

It would be one thing if censorship were merely an external force, but it’s not: It worms its fears inside us, it makes us contract, it locks us up inside ourselves. It suffocates our imaginations.

There have been a number of reports about the effect of liberation from Ghaddafi in parts of Libya. A new report from Agence France-Press says that, in the newly Ghaddafi-free zones, poetry and journalism have been flourishing.

This follows a report two weeks ago in The Daily Beast about Libya’s music revolution, by poet Khaled Mattawa.

Most of this new poetry is being spoken aloud or distributed in paper newspapers. The main source of online Libyan poetry (in English) is poet Ghazi Gheblawi’s blog, Imtidad. Last week, Gheblawi translated an interesting poem by the late Jelani Trebshan, “Four Forms of the Poet.”

When I came to this country
I didn’t come as a prophet
Nor as an inader, or a guardian
I wasn’t rain
I didn’t spread fertility in the dewy fields
I wasn’t an oasis, shading the weak
Or a tent welcoming guests
Lighting fire for the lost ones on the roads of misery
I came as a child; my father didn’t teach me the wisdoms of the cleric
Nor I was tempted by heroism in the cradle
To wear on a dull summer
Rags of wool and claim Sufism

On WWB’s July 2006 issue: The Magic Lanterns of Libyan Literature