Arabs Have Potential to be ‘Best or Worst’ Muslims 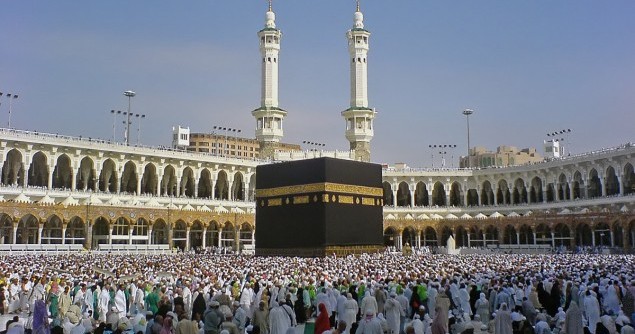 Once upon a time about 30 years ago, I embraced Islam at the hands of a childhood friend I became reacquainted with during my senior year in college. In my haste to graduate before the Reagan Educational budget cuts killed my almost free ride, I had neglected to fulfill some course requirements thereby missing the graduation I was slated to attend. Still a hippie by heart, I took whatever course that I felt suited my ambitions as a writer with little concern regarding the logistics of getting a degree. Looking for a job with ‘almost a degree’ for those of us who have experienced it, is like living the life of Ellison’s Invisible Man or Kafka’s Joseph K. Painted into a corner in a maze of my own making (such as the folly of youth); no longer able to pay tuition, I took a job in a deli and studied to place out of the one course I thought I needed to get my sheep skin and move beyond college and the void of my own potential.

I ran into Sensei Bob (we will call him), an acquaintance I used to happen upon from time to time who worked at a local clothing store nestled in what Penn students referred to at the time as “the frontier”.  The frontier was considered the border line between the gentrified, mostly white middle class university neighborhood and the wilds known as the black part of West Philadelphia.  Bob and I had grown up there though a generation apart. They hired my friend Bob (then thirty-ish) after their store security followed him while he was shopping and turned the tables on ‘the shopping while black’ routine by intimidating their store ‘dick’.

Bob became my Kung Fu teacher and being young and between things, after a short time I began to looked up to him as a big brother. During the course of all that I was hired by Bob’s employers as “thing” two of their West Philly store security. Bob’s belief system was composed of a host of half rationalization based on many popular religious beliefs my graduate school advisor coined as “Scientificism.” In name, Bob called himself a Muslim—perhaps because some of the legendary Kung Fu masters and many noted blacks were (like Muhammad Ali for instance) .  Bob didn’t have a black belt but became well known by entering full contact tournaments and not only surviving the experience, was able to learn from it. He usually walked around in a kufi that was color coordinated with the wardrobe he had pieced together from clearance. When he entered the store and first saw me he greeted me with ‘Salaams.” Knowing nothing about Islam, I was convinced he was the real deal.

What I hadn’t thought about in current assessment of Sensei, being nearly fresh out of college and out of the hood for the last ten years, that Bob’s persona wasn’t really who Bob was and that his Islamic act was merely an act which seemed aligned with the warrior role he was playing. Because of the mysticism popularized by Kung Fu Stars like Bruce Lee and sported by David Carradine and all the ‘kick flicks’ visual imbued by me and the rest of the US public in the 80’s and before, I trusted my sensei like I trusted my father .

This all worked out until Bob decided to give me a Quran on a lark. The next day I returned to him and asked “do you know what this is.”

“It is just a book,” he said. I thought he was joking or maybe testing me. The next day we went a local Masjid and I took my Shahaddah (testimony of faith).  Thinking back he saw my submission to faith a submission to him.

Our relationship rapidly deteriorated after that.  I realized after he beat me up in the middle of the clothing store that he understood Islam like I understood Chinese—resulting in our dismissal from our jobs. I went to him and tried to explain what Islam (or what I thought) was but his mind seemed to be cluttered with information he had received from cults and street vendors doing the same he had done—they had concocted a belief based on what they liked and called it ‘Islam’.

His understanding of Islam featured mother ships, human-pig hybrids and a conspiracy by white folks to take over the world through polluting the black gene pool or some half do-wop singer in New York was Allah himself with a plan. To make his life more complicated, Bob’s wife had left him taking their 6 year old son.

The last time I saw Bob he was sitting in his apartment trying drive out what he claimed were insects crawling under his skin with heat. His stove was on and oven door open and the thermostat turned to its highest point.  Over the years I had seen similar cases like Bob—people ‘playing and misleading themselves and other through the mythology of their own sinister purposes and would warn people about the penalties of playing with ‘the guidance.’ After getting my Educational and professional act together, I moved to the Middle East were I thought the majority people knew better.

By far, the most shocking and discerning of all the sights and experiences of the neophyte Muslim expat (known in these times euphemistically as the “revert” because of the notion that his conversion was a ‘reversion’ back to his natural Muslim state before upbringing and ignorance made him otherwise) who had given up his previous lifestyle and indulgences to strive his upmost to practice Islam in the only place it still seems possible to practice it, are those whom claim to be sanguine descendents of the Prophet (PBUH) and his Companions (RAH) themselves appeared not only adverse to religious adherence but inconvertibly determine to emulate the godless hedonism of the west in thought and deed.

Many women when asked why they cover in Muslim countries they often say “it is custom”; while men, when they are questioned about their blatantly non-Islamic practices merely tender the same excuse. It seemed as an outsider, I was to discern it like a non native English speaker knew more about grammar than a native because he learns the language through the rules of use. In the same way, I studied the law (rules of practice) while my Arab brothers learned it from the customs and habits of their people. Islam, if it is what it says it is, derives its dictums and truths from a divine source and has a culture basis in that the Prophet just happen to be Arab. Its principles are static and universal and it doesn’t change when people decide something is passe.

Another salient example of the odd workings of Arabs living in the heart of Islam is that many who live in Mecca have admitted never visiting the Kaba, indisputably the holiest shrine in the Muslim world and retort to me with an incredulous “what?” when I tell them that the money I am paid is of secondary importance to having daily; unbridled access to it. Many Arabs I’ve met would rather see New York.

The most mind boggling  cultural nuance  in some of the Arab practice of Islam is the Saudi tacit aversion to the turban.  In most of the Muslim world, the turban is worn proudly and universally considered a symbol of Islam. The Prophet (PBUH) wore it with pride and encouraged those who follow the religion to do so. Besides the absence of bearded men (another habit the Prophet never deviated from), it is the image most expected and puzzling in the lack of practice among Saudis that first catches a traveling Muslim’s notice first when visiting Saudi Arabia. A Saudi friend admitted he used to wear a turban.

“But I stopped wearing it because it is considered odd”, he said, I believe after finally realizing the folly of it.” There is a lot of social pressure not to wear it.” Some locals perhaps believing the Shamock (the Khafiyyah draped over a skull cap or kufi) is also the Sunnah (or a practice of the Prophet)—but I believe this is true if only if you’re complying with the intent to cover the head. I once went to work with a turban only to find a day later the university devised a new rule that forbad the wearing thereof (either a shirt and tie or Saudi business dress).

It may have been then I came upon a theory that perhaps, that Arabs in general and Islam specifically, may not only be a trial but a horrific curse upon the Arab populations. You see for me, a non-Arab, the Quran in the language of Arabic is like listening to a beautiful song I am only able to understand some of the words to. Through translation and Allah’s capable guidance, I have been able to indirectly fathom the practice and mysteries of my religion sometimes better than my Arabic speaking counterparts. It is not necessary to know Arabic to be Muslim or practice Islam– it is only know how to apply the law. Afterall, the majority of Muslims are non-Arabic speakers.

Unlike Bob and I, Saudis and the assortment of Arab Muslims that populate the world are fortunate to be able to just pick up Allah’s book and read his word and thought much the same a native English speaker can read this article. Yet, despite this great gift, which to paraphrase Prophet Muhammad (PBUH) makes the Arab “the best Muslim if he practices Islam and worst if he doesn’t”, I see many pursue the moral decadence of the west (and all its trappings) as if with it they will live forever—while looking down their noses at the rest of us because we lack wealth or social standing among them. Yet despite the apparent burden knowing Arabic brings, I still strive for it.

On the Day of Judgment, Bob may have a conceivable out for playing games with the creators of the heavens and the earth.

Mr. ‘I know Arabic’ may have a different outcome.