Arab Writers at PEN: It’s Not Just About Politics 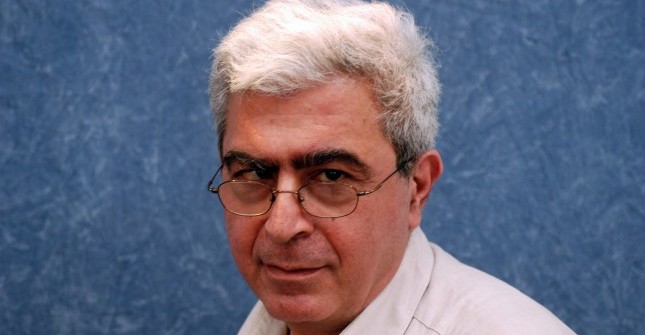 Chad Post wrote last spring — in his commentary “PEN World Voices: Make it New, Make it International (Dammit)!”  – that “less than 33 percent of the participants in this ‘international’ festival speak a native language that isn’t English”:

Those who do — he mentioned Lebanese novelist Elias Khoury — are often the same from year to year.

That was 2012. I haven’t seen a breakdown of 2013 PEN participants’ native tongues, but this year’s fest certainly had a moment that crystallized around its contradictions: when Salman Rushdie, giving a speech about courage and artistic risk, told a dissenter to shut the fuck up.

Translator Alex Zucker points to the official PEN World Voices blog on that opening night. The official blog, Zucker notes, has it thus:

“Then, a belligerent man with an anti-government sign yelled out, “You were for the war in Iraq!” He holds up his smartphone, “I have it right here in front of me! A war based on lies that killed a million people!” This guy was annoying everyone at the event.

Rushdie’s calm, English-accented response: “The only lies being told here are by you, sir. As president of this organization, I led this organization against that war, so you can shut the f**k up. It doesn’t matter how you shout, sir. It doesn’t make what you say correct. That is the technique of the bully throughout history—to try and shout other people down.”

With those words, and Rushdie’s cold-eyed stare hardened by assassination attempts and emboldened with knighthood, the man shut the f**k up.”

Zucker, after quoting the official blog, goes on to examine the dissenter’s claim. It’s true, Zucker notes, that Rushdie himself was against the invasion of Iraq. But by “you,” the protester was referring not to Rushdie, but to the new executive director of the PEN American center, Suzanne Nossel. As Sal Robinson notes at the Moby Lives blog, in “What is PEN World Voices good for?“ this could have been an interesting issue to discuss and debate: PEN’s relationship to US wars.

Zucker goes on to examine the validity of the man’s claim, that Suzanne Nossel supported and encouraged the invasion of Iraq; it seems she did. However, Nossel was only just hired by PEN. The issue remains: Which voices are allowed to speak, when, and how?

On one hand, some real, hard discussions would be valuable. On the other, I am tempted to agree with Post, who says in his 2012 commentary that PEN World Voices should ”drop the esoteric and political panels.” Examining the intersections of literature and politics is valuable. However, sticking “Arab revolution” like a bow atop the 2012 panels was absurd. And who did PEN invite? According to the NYTimes Arts Beat:

“…reacting to the Arab Spring of 2011, the festival has made a special effort to feature writers from that convulsed region: in addition to Mr. [Etgar] Keret, who is Israeli, Ms. [Rula] Jebreal, who is of Italo-Palestinian descent, and Ms. [Marjane] Satrapi, who is Iranian, the Lebanese novelist Elias Khoury and the Egyptian-born essayist Mona Eltahawy have also accepted invitations to participate.”

This year, the festival did have a strong group of Arab authors — Elias Khoury was around, along with Najwan Darwish, Adania Shibli, and Randa Jarrar. Indeed, Najwan Darwish did double-duty, also appearing at a panel on translation. This is a good, if slim, introduction to some Arabic literature (in translation), and Nancy Kricorian writes, on her blog, about how she, Sarah Schulman, and Arte East worked for three years to make this panel a possibility.

However, as Suneela Mubayi noted in her commentary on the event for ArabLit, the panel structure neither gave enough time for an introduction to any of the authors’ works nor for an in-depth Q&A. Most of the Q&A time was eaten up by folks asking questions about the “conflict.”

At Moby Lives, Robinson suggests “a strict separation between talks by scholars about the intersections between politics and literature, and readings by writers.” Perhaps this is one way to treat writers as writers and not as anthropological guides. As I wrote this week over at the Kenyon Review, I sympathize with people’s need to understand the world. But if the only lens through which we see the work of Arab authors is political, then we are missing too much of their voices.