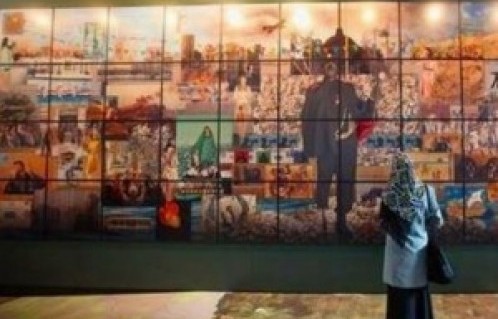 In recent years, multiculturalism in Europe has sometimes been framed as negative, the cause of trouble and the marker of societies undergoing an identity crisis. But multiculturalism, as a result of migration, should be seen as a desirable value in any society.

On 26 June in Camden at the Arab UK Festival, different Arab communities in London had the opportunity to gather and showcase elements of their cultures with live music concerts, art exhibits and fashion shows. It was an opportunity for Britons of all backgrounds to celebrate the unique diversity of this city, and an opportunity to reflect on what multiculturalism really means.

The name of the festival itself reflects the multiple identities of many festival-goers. I spent much of my time there talking to people, some of whose identities spanned even more than two countries: Dubai-born Palestinians who are also British, British Iraqis by way of Sweden, German-born Franco-Syrians currently residing in the United Kingdom.

The reality goes far beyond the simple summation, “Arabs in the United Kingdom”. Each of these people has a story to tell. Their stories are also combined with the story of a larger group. Some are tales of war, like in Iraq or Lebanon, exile, renewed life and success, like artist and sculptor Ali Moussawi who explains that he really tapped into his creativity when he got to London because of the dynamism and inspiration it has to offer. Other stories involve the love between two people with different backgrounds, like that of Leila, a Palestinian who met her British husband while she was a student at the University of London. Today, she raises a bilingual family, in which everyone speaks both English and Arabic.

This kind of multiculturalism is not a new phenomenon. The simple truth is that there is no such thing as a homogenous culture. Each one of us is the result of a personal and collective narrative. The stories of cities are intertwined with the stories of different migrations, and while it may seem at times that the intersection of cultures is characterised by shocks, history teaches us that immigrants bring a positive contribution to their host countries.

London, one of the most dynamic and multicultural cities in the world, has undeniably benefited from such contributions. It comes in the most unexpected forms: a recent campaign promoting refugee week seen in underground stations points out that typically British institutions such as Marks and Spencer, fish and chips and the Mini were created or introduced by refugees (refugees respectively from Poland, Portugal and Greece). It doesn’t make these iconic parts of British culture any less British. It’s the reality of multiculturalism.

Britain also owes many of its contemporary artists and thinkers to multiculturalism: pop singer Mika, who was born in Beirut to a Lebanese mother and an American father; celebrated architect Zaha Hadid who was born in Iraq and studied in Lebanon; and Indian British novelist and essayist Sir Salman Rushdie.

Today, there are well over 100,000 Arabs in London (some estimates are as large as 300,000). They are bus drivers, doctors, CEOs, entrepreneurs and all of them contribute to this mosaic of a city. London’s public libraries carry books in Urdu, Arabic and Polish and you can find any type of ethnic food your palate desires.

Multiculturalism is not just the messy result of Britain’s imperial past. It’s more than that, it’s about people and places that keep redefining themselves in terms of their stories, encounters and experiences.

Nada Akl is a freelance journalist from Lebanon pursuing a Master’s degree in the School of Oriental and African Studies (SOAS) at the University in London. To see Nada’s interviews at the Arab UK Festival, click here