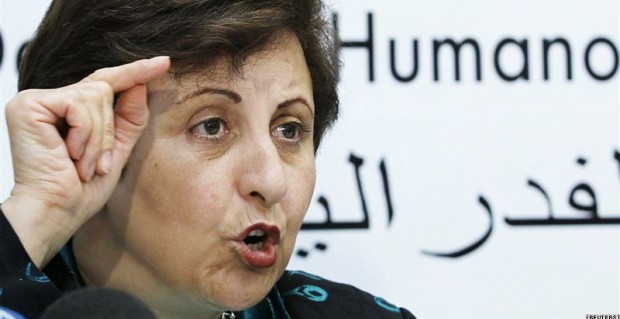 I often wondered if the turmoil sweeping our region for the past 14 months can rightly be dubbed an “Arab Spring.” In places, it is more of an “Arab nightmare” begun in winter and still trying to shake off the snow. But when a Nobel Peace Prize laureate and one of Iran’s leading lawyers and human rights activists doesn’t agree with the term, it is worth reading.

In an article for the Wall Street Journal dated March 14 and titled “A Warning for Women of the Arab Spring,” Shirin Ebadi hopes those who have risen against dictatorships will “reflect and learn from what happened to us in Iran.”

Adapted from her chapter in the new Human Rights Watch book, “The Unfinished Revolution: Voices From the Global Fight for Women’s Rights” (edited by Minky Worden, Seven Stories Press, 2012), Ms Ebadi writes: “I do not agree with the phrase ‘Arab Spring.’ The overthrow of dictatorships is not sufficient in itself. Only when repressive governments are replaced by democracies can we consider the popular uprisings in the Middle East to be a meaningful ‘spring.’”

Ms Ebadi adds, “Since women make up half of the region’s population, any democratic developments must improve the social and legal status of women in the Arab world. It appears the Tunisian society has strong civil institutions, and there is much hope that democracy can take hold there. But in Egypt, many political actors are talking about returning to Islamic law, which could result in a regression of rights for women and girls similar to what we experienced in Iran in 1979…

“Shariah law and women’s rights do not have to be mutually exclusive. Although the 1979 revolution in Iran is often called an Islamic revolution, it can actually be said to be a revolution of men against women… When I first read the Islamic Penal Code instituted after the revolution, I couldn’t believe my eyes. The drafters of this document had effectively taken us back 1,400 years.”

The 2003 Nobel Peace Prize laureate notes, “The law that is being enforced in Iran today does not consider women to be full human beings. Instead, it ascribes to women a value half that of a man…”

And one thing I totally agree with – and highlighted in my post on International Women’s Day (see below) — Ms Ebadi writes: “Education is one key to the future of women around the world. They must become aware of their rights. “

Ms Ebadi concludes the Wall Street Journal extract by saying, “The true ‘Arab Spring’ will dawn only when democracy takes root in countries that have ousted their dictatorships, and when women in those countries are allowed to take part in civic life.”

One Response to Arab Spring: “Learn From Iran”, Says Ebadi