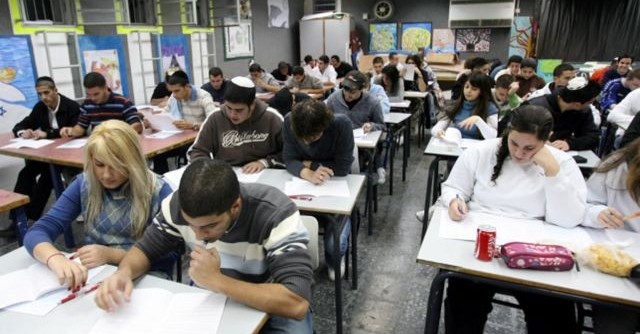 One hundred newly qualified Arab-Israeli teachers – fresh out of teacher-training college – are now being actively recruited to teach in Jewish-Israeli schools by the Ministry of Education and Merchavim (Hebrew for “Spaces”), a non-government organisation specialising in shared citizenship education. This follows last month’s announcement by Israeli Minister of Education and Knesset Member Rabbi Shai Piron of the Ministry’s adoption of Merchavim’s plan to integrate 500 Arab-Israeli teachers in Jewish-Israeli schools across Israel over the next five years.

The program has three clear benefits for Israel and Israeli society.

Firstly, it will improve student achievement. The Jewish-Israeli education system is currently lacking Jewish teachers that are qualified to teach a range of subjects, including math, science, English and Arabic. The placement of high-quality teachers with appropriate academic training, motivation and skills – regardless of their racial or national background – should go a long way toward improving learning.

In Israel today, according to research conducted for Merchavim by Dr Khaled Abu Asbah, director of the Masar Institute for Educational Research, Planning and Counselling, there are around 7,000 qualified Arab teachers that are seeking employment in their profession, many of whom have completed teaching degrees with honours.

Research supports this advantage. In 2006-2007, the Achva Teacher Training College research department conducted a study that included 11 Jewish elementary schools, 29 classes, 703 Jewish-Israeli students and 10 Arab-Israeli teachers, teaching Merchavim’s “Let’s Talk” Arabic curriculum. The study showed that students adopted more positive attitudes toward Arab society largely as a result of the presence of the Arab teacher and their relationship with him or her.

Furthermore, the very act of inviting Arab citizens of Israel – too long marginalised – to take up positions of authority, trust and prestige in the education of young Jewish-Israelis, strengthens this community’s sense of civic worth and belonging. The opportunity also advances hope among Israel’s 20 per cent Arab-Palestinian minority for the provision of equal employment opportunities for all of Israel’s citizens.

Thirdly, at this time of economic austerity with a 40 billion shekel (approximately $11 billion) state deficit and related pressures to cut the education budget, economic analysis shows that this initiative will save Israeli taxpayers hundreds of millions of shekels in the coming years. The savings will in part come from reduced investment in teacher re-training programs for unemployed high-tech workers (who are invariably Jewish). These expensive programs are criticised as unsuccessful and wasteful, not to mention unnecessary and unfair when there are thousands of unemployed Arab teachers seeking employment whose studies are state subsidised. Savings also result from the reduction of unnecessary re-training programs for unemployed Arab teachers to enter other, non-teaching professions.

Also, reduction in unemployment and poverty among the Israeli-Arab population can only serve to strengthen Israel’s economy in the long term.

Of course, there will be Jewish citizens for whom this program will create discomfort, either as a result of unfortunate but understandable unfamiliarity with Arab citizens, fear of change or because of outright prejudice and racism.

On this matter, there must be two clear responses from the Ministry of Education, Merchavim and all fair-minded and responsible leaders. First is the provision of comprehensive teacher training and cultural preparation to address the inevitable challenges and legitimate concerns related to how Israel’s Jewish and Arab citizens interact. Second is a policy of zero tolerance to expressions of racism and discrimination that are both immoral and tangibly threaten the education of our children and the cohesiveness of Israeli society.

This program will strengthen our economy, relations between populations within Israel and thus the future of the state of Israel.

Mike Prashker is the founder and director of Merchavim – The Institute for the Advancement of Shared Citizenship in Israel.