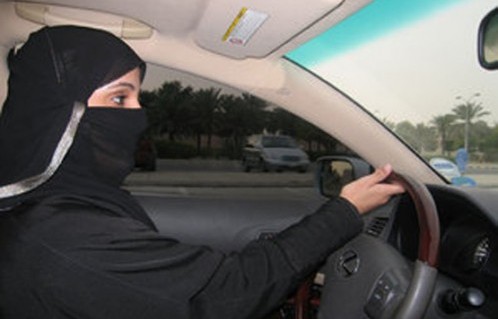 According to this article in Saudi News, Saudi women prefer to be ”driven around like princesses” to having to drive themselves. This however, is a very one-sided view. This view can only be upheld by women who have a personal driver. For all other women the necessity of having to hire drivers, just to be able to do their shopping, or get to their jobs, can take up most of their salary.

It is not fact that all Saudi families can employ drivers. The ban on women driving is a severe restriction on many families. Saudi women cannot do anything like shopping, dropping off the children to school, driving family members to the doctor or hospital, by themselves. Saudi women have to rely on a man to be able to get anywhere. And Saudi men have to drive the women to whatever destination they need to go to after they come home from work.

The main reason which is always stated for the ban on women driving is that women would be raped when out alone in a car, or go out to secret assignations, which would lead to ”fornication”.

Of course in any situation there are always people who like and support the status quo. And this latest article about ”women driving” cherry picks amongst the female supporters of the ban. It is bemusing though, if women are allowed to drive in Saudi Arabia, then surely only those women who really want, or need to drive would be driving, wouldn’t they?

It would not actually be enforced? Women who enjoy the sensation of being driven around like a princess could still enjoy the privilege of being dependent on a non-related male driver.

Some of the comments made by women in the article:

”When we want to go to a shopping center or to the hospital, the driver drops us at the main entrance and drives away. We don’t have to care about remembering where we parked our car or parking far away from the door,” said Zaina Al-Salem, a 29-year-old banker. “When I travel to a country where I can drive, I’m usually burdened about the part when I get to park my car and walk all the way to the store.”

Usually, only the rich and famous have their own chauffeur, but in Saudi Arabia almost everyone has one, according to Shahad Ibrahim, a college student.

“I wouldn’t want to give up on that because I feel like a princess where my driver takes me everywhere I want without complaint,” she said.

“We always complain about Saudi men’s driving. What makes women better than them? At least men have been practicing this for a while, and if it happened for women then they would have zero experience,” she said. “Even the streets are not built well for driving. The streets are damaged and bumpy and most women will not be able to handle them. Saudi women don’t need to drive cars, they need to own magic carpets.”

“I had to get my window tinted so those young men would stop following me everywhere I go,” said Hala Bukhary, a 32-year-old school teacher. “To be honest I am frightened of the day where I have to drive my car all alone with all those young men following me.”

I think there’s lots of items here we can discuss. What do you think?