All American Muslim: An Alternative ‘Reality’ 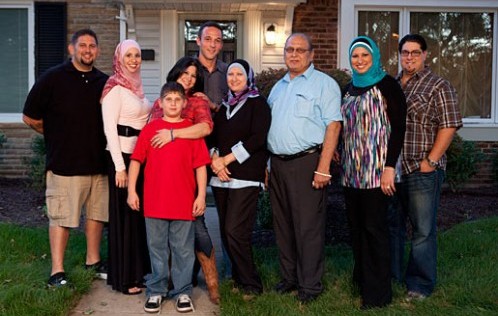 You’ve probably heard about the controversy over the reality TV show “All-American Muslim”. The Florida Family Association is campaigning against it because it’s too ordinary, and various advertisers are pulling their spots. What other option is there but to just laugh at the absolute ridiculousness of their position?

When it comes to reality television, most right-thinking people wish it would disappear into oblivion. But the actions of the little-known extremist group, Florida Family Association (FFA), are having the opposite effect. In response to the series following the lives of five ordinary American Muslim families going about their ordinary lives, it has declared: “All-American Muslim is propaganda that riskily hides the Islamic agenda.” As a result, Lowe’s hardware store pulled their adverts from the show.

The problem, the FFA says, is that the show “profiles only Muslims that appear to be ordinary folks, while excluding many Islamic believers whose agenda poses a clear and present danger to liberties and traditional values that the majority of Americans cherish”. It’s all too dull. Instead, what they want is more suicide bombers, virulent niqabis and Sharia-takeover plots. And they want it in reality TV format. Now that’s a show I’d like to watch …

The programme opens with a woman dressed all in black, face covered, holding a copy of The Anarchist’s Cookbook, turned to the “How to make a bomb” page. (FFA’s Muslim checklist: preparation to blow up the US, check.)

“This is Sara Valin,” says the voice-over (a pun on “veiling” but rhymes with Palin, geddit?).

“In the garden, Accchhmed (the pantomime pronunciation of Ahmed) compares beard-lengths with some beardy friends.” Ahmed strokes his copious facial hair like the Bond villain strokes his cat (world domination intent, check).

Next door at the mosque, a group of young men record a suicide bomber video. They are having trouble making the camera work. “Told him to buy the warranty,” mutters one. “But he was too tight. Typical immigrant. Saving to import a wife.”

The cameras follow Sara Valin to a Chai Party meeting. Outside flags with the words “death to America” flutter in the wind. Sara drags a 10 kilogram bag of fertiliser behind her. A woman with a “Sharia4USA” badge opens the door. “Fertiliser is Buy One Get One Free at Lowe’s,” remarks Sara.

The Chai Party meeting begins by discussing strategies to destroy America, how to make all turkeys halal and whether having a Muslim Miss America wearing a bikini was a clever tactic.

“First order of business: the programme Friends. It shows only ordinary Americans and is clearly propaganda for the USA. Friends does not represent America properly and so we must complain. There are no crack addicts, no soldiers abusing their prisoners, no Tim McVeigh character, and not even a hint of political sex scandal!”

Such a programme could save the FBI hundreds of millions of dollars in security and surveillance. After all, no need to hunt out prospective bombers. All they’d have to do is turn on the TV and watch “reality”; well, the kind of reality that only warped and bigoted minds constantly inhabit. How sad for them to live in a world they are trying to fill with so much hatred.