AIDS In Egypt: A Movie Confronts the Issue Head On 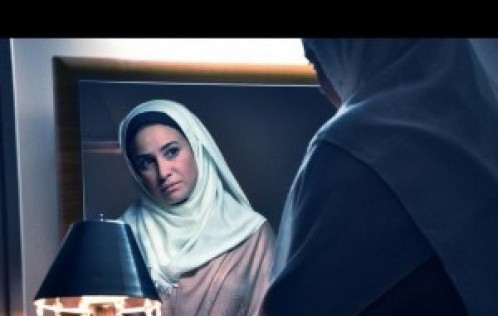 In the year following the Egyptian revolution, a newfound freedom of expression is breaking the silence about crucial issues in Egypt that were previously considered taboo. A recently released feature film is a practical example of how art in Egypt can be an effective tool in shaping community awareness and overcoming silence.
Asmaa is the first Egyptian feature film to sympathetically present the unique challenges faced by local AIDS patients.

Written and directed by Amr Salama, this pioneering film aims to promote a greater understanding of those suffering from AIDS and is based on the true story of an ambitious and courageous rural woman. While the average Egyptian is likely to commiserate with those who are ill, they are less likely to do so if someone is diagnosed with AIDS, and a few go so far as to view those carrying the HIV virus as sinners. Asmaa has thus played an important role in fostering dialogue.

Unlike other women in her village, the film’s heroine refuses to quit working after she gets married, but ends up living a shadow-like existence. After going through the painful experience of learning that she has AIDS, depression sets in. Asmaa, who is in her late thirties, is shunned by society and cannot pursue her work. Moreover, she finds she can’t even be scheduled for a necessary surgery because doctors refuse to operate on her for fear of infection. Worst of all, because of the stigma associated with AIDS, she feels she cannot tell her daughter about the disease.

Unfortunately, Asmaa’s fate is not uncommon. According to a report by the Egyptian Initiative for Personal Rights (EIPR), the stigma surrounding people living with AIDS in Egypt often keeps them from seeking medical care or from openly discussing their HIV status with others. Moreover, AIDS patients and those suspected of HIV infection can be denied health-care, including surgery and medical care when they are giving birth. AIDS patients may also encounter problems in securing housing, employment, insurance, or be restricted from travelling to a foreign country.

The woman whose life provided the inspiration for the film died because she was not allowed to undergo surgery – a decision the film suggests was based on the community and doctors’ reluctance to help her. This lamentable circumstance is corroborated by recent EIPR studies, which found that physicians and nurses were often hesitant to provide health services to AIDS patients due to their lack of knowledge about infection control, uncertainty about prevention measures as well as the moral stigma regarding illicit relationships. But by portraying these issues in an honest, humane way the film has helped foster greater dialogue and understanding about the disease.

And in post-revolutionary Egypt, film is not the only venue challenging the stereotypical image of AIDS patients and raising awareness within communities. One significant initiative is The Egyptian Forum to Fight Stigma and Discrimination against People with HIV – the first coalition working on raising awareness about the disease. Formed in 2010, the coalition includes 15 organisations and helps to shed light on discrimination against AIDS patients.

Another encouraging step towards breaking old taboos is a book by Egyptian journalist Ashraf Amin, which was published in March 2011. Letters from Egypt: AIDS Testimonials of Stigma and Discrimination, is a collection of diverse stories from AIDS patients that attempts to humanise those with the disease. It received positive media coverage and generated discussion among individuals of different classes and ages, as well as civil society groups. “I was very touched when a young man in my office who had not been to university told me he was keen to get a copy of the book and we had a thorough discussion about AIDs afterwards. Conversations like these are why I wrote that book”, Ashraf Amin explained.

Even so, a degree of self-censorship remains when it comes to the issue of AIDS. Through art and the newfound freedom experienced after the revolution, many Egyptians hope they will continue to overcome old fears and find new ways to creatively speak out about the disease. For the past year, Egyptians have not only been deepening their social and political engagement, but are also reexamining old ways of thinking about human rights and dignity. Naturally, such far-reaching change takes time. But if Egyptians keep up this post-revolutionary momentum, in a few years we will likely see a new Egypt founded on justice and freedom.

Rasha Dewedar is an Egyptian journalist with a special interest in gender issues and the Middle East. She is the founder of Egyptianwomenvoice.net.