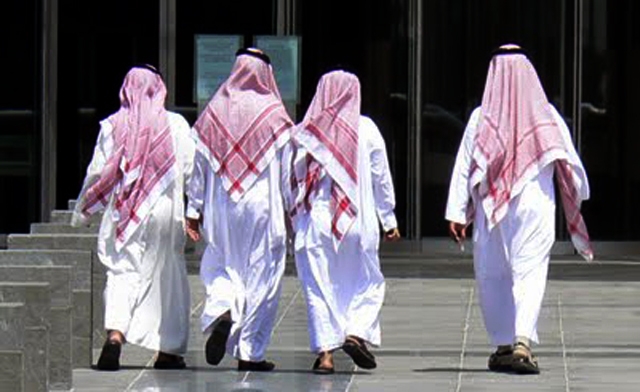 Al Arabiya TV runs an interesting op-ed on the place of the Commission for the Promotion of Virtue and Prevention of Vice — the ‘religious police’ — in modern Saudi Arabia. It is all the more interesting because the piece, a blunt look at the Commission, is appearing in a Saudi publication.

The writer, Abdullah Hamidaddin, is noted for his critical thinking about Islam. What he writes is not always to the taste of many Saudis, particularly the religiously conservative among them. He has been condemned and threatened with legal process for expressing his views.

In the piece, Hamidaddin reviews the history of ‘promoting virtue and preventing vice’ in the Islamic world and its development into an institution. He says that focusing on the behavior of the Commission, good or bad, is not a sufficient way of looking at it. Instead, it is important to see its place in both government (it is a government agency) and in society. While the organization may have played a useful role in channeling zealots into relatively harmless jobs in the past, they now seem to be seeking authority above that of the state. While a policeman might be an agent of the state, the religious policeman is an agent of God.

Just how the agent is to know the will of God is an interesting question, one that approaches blasphemy, in fact. With no overarching religious hierarchy to determine orthodoxy, there’s too much room for individual interpretation to take on moral force that far exceeds the human remit.

It was Saudi National Day. Many of the people in the street were euphoric. All of the religious zealots were outraged. The former were celebrating, relaxing, going wild and having a good time. The latter were watching the Will of God being challenged, virtue being transgressed, grave sin being committed. In such a situation things had to happen. Most zealots in Saudi Arabia have no formal authority so they simply watched in anger and dismay. But there are about 4000 of those who are employees in a government institution whose mandate is to fight sin. They work in The Committee for Promotion of Virtue and The Prevention of Vice. In Saudi Arabia it is called “the committee” while popular foreign media calls them “the religious police.” All of the committee’s members were aware that the government has makes an exception as to what is publicly allowed on National Day. They knew that they should not take action against the “sins” committed on that day. But self-control is not a quality zealots are known for, particularly in the presence of those defying God Almighty’s Will. So there were a number of cases where they harassed celebrators. But all of those were over shadowed by the tragic death of two citizens. We do not know all the details yet. But we do know that there was a car chase between the committee and another car. And that the committee’s car rammed the other one which lost control and went off a bridge. One driver was immediately killed. The second died later in hospital. They were brothers.

The word “Luckily” does not seem appropriate in such a situation. Luck failed the two brothers. Yet for the sake of justice “luckily” someone had videoed the chase and the wrecked car on his mobile phone. He uploaded it to YouTube and it went viral. Public outrage followed. After a brief attempt to deny any relation to it, the committee resorted to attacking the character of drivers. They were drunk it was claimed. Later tests would show no traces of alcohol or narcotics in either of the bothers’ blood. Eventually the story got too big for them to cover, and they promised a “fair” investigation.
…