After the Deluge: The Spirit of Jeddah that Endures 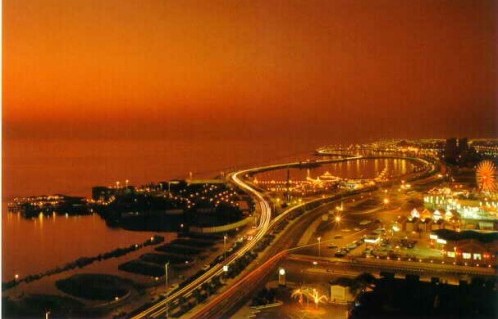 Jeddah is one of my favourite cities. Not because it’s particularly beautiful, or because it has a pleasant climate, although it does have many attractive features, especially on the Red Sea coastline. And in the winter it rivals many of its flashier counterparts in the Gulf for warm days and balmy nights.

No, what I like about Jeddah is its spirit and life. I’ve just spent a few days in the city on business – I visit two or three times a year, but this was my first trip since the recent floods that devastated the city for the second time in two years.

The city has changed since I lived there in the eighties. Twice as much traffic, twice as many buildings – now stretching to the airport, which used to have several kilometres of empty land between it and the conurbation. The infrastructure, much of which was squeaky clean and new when I lived there, has deteriorated. Many of the old malls look shabby and crumbling, a contrast with the new Dubai-style edifices that have risen on the outskirts.

In the central and northern areas are new highways and underpasses. Everywhere you look there are construction sites. The city, as a matter of urgency, is trying to address the causes of the floods that cost many lives. Huge pipes lie by the side of the road waiting to be installed to capture the run-off water that inundated whole areas in recent years.

This time round, one of my destinations was a factory in South Jeddah that produces cardboard from recycled materials. Now recycling is not something that immediately comes to mind when one thinks of Saudi Arabia. When you arrive at the airport and head towards the North Terminal by bus, you ride past a huge enclosure full of aviation detritus, from battered baggage containers to entire jet engines mouldering away and fully exposed to the elements. The scrap value of some of the specialised metals in the engines must be worth a few riyals of anyone’s money. Perhaps this stuff is waiting one of those interminable competitive auctions beloved of government bureaucracies.

Drive through South Jeddah on your way to the industrial zone, and you will pass whole areas strewn with industrial cast-offs. You have plenty of time to observe, because many of the roads choke down to one lane as the trucks, tankers and cars struggle to preserve their suspension systems in the face of massive potholes. I never had much cause to visit the area when I lived in Jeddah, so I was also quite taken aback by the sprawl of hastily-constructed, makeshift-looking apartment blocks and one-story buildings that would not look out of place in a shanty town.

And yet, among the industrial wasteland, here was a factory that relies entirely for its raw materials on cardboard collected in the Kingdom. Their managers talked enthusiastically of paper recycling as a growth industry, and of their ambitious plans for the future.

Jeddah will probably never be a city that will see the profit in recycling everything. It is not a third-world city where residents scrape a living from the rubbish dumps and risk their health in extracting marginal value from everything that can be salvaged, repaired or sold on. But I was heartened to see one company making a success out of home grown raw materials other than those that can be extracted from holes in the ground. In a country of twenty five million dedicated consumers, there must be many more opportunities for a canny entrepreneur.

Meanwhile Jeddah gets on with doing what it does best. This is the Umrah season. At this time of year thousands of Muslims arrive in the city on their way to Makkah and Madinah to visit the holy places. My hotel was full of Indonesian pilgrims on Umrah package tours. Courteous, friendly and delighted to be there. Because of its unique position as the gateway to the holy places, Jeddah has long been the pre-eminent commercial centre of the western Arabian peninsula. It is in turns reverent and rapacious, but always vibrant. In its citizens you can see the genetic heritage of pilgrims and merchants who settled in the city over centuries. It still plays host to guest workers from across the Muslim world and beyond, not to mention a sizeable community of illegal immigrants in the rundown tenements and ramshackle souks of the poorer areas.

Elsewhere, the upwardly mobile move into the new apartment blocks overlooking the Red Sea on the North Corniche as Jeddawis get on with the business of making money. As in all the major cities of the Kingdom, families flock to the malls to buy things they don’t really need, while the middle classes worry about how they can afford a house and raise a family. And the hotel doorman from Kashmir (“Kashmir sir, not India, not Pakistan”) grumbles about the niggardly tipping habits of some nationalities while praising the Indonesians for their generosity. The poorer the people, the better the tips, it would seem.

The Jeddah I knew for the best part of a decade is still there. Its face may have changed, but it still has the spirit that made it so attractive. Long may it continue

One Response to After the Deluge: The Spirit of Jeddah that Endures