Accept It: The Arabic Language Is Bound To Change 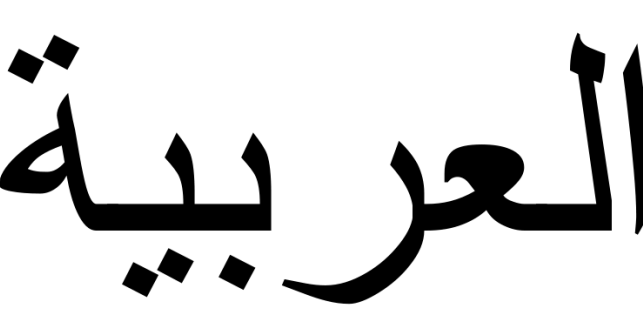 Saudi Gazette runs a story in which Saudis lament the fact that the Arabic language — as every other language — is not static. Changes in how people use the language are seen as threats. Of course, it’s not only Saudis who lament and/or rage at the fact that language is what people speak and how they speak it determines the language. Language is ‘owned’ by its users, not some organization or group of guardians, whatever the language police of various governments believe.

Arabic does have a peculiar facet, however, in that the Quran, the word of God to believers, was delivered in inimitable Arabic. Messing around with the language has overtones of blasphemy. Yet language does perpetually change, until it is a dead language. There are words in the Quran whose meaning is opaque to later readers and commentators.

It is not strange that Arabic is being changed by the Internet and electronic media, either. This is happening in all languages that run into these media. Vocabulary, orthography, grammar… all of these are subject to modification.

Rather than worrying about ‘identity’ through language, it might be more fruitful to consider the full array of culture that serve to forge ‘identities’. None of these are static, either, of course, so perhaps it’s simply wiser to accept that the only constant in life is change.

RIYADH — During a recent seminar in which women outperformed men, participants warned that the Arabic language is losing its identity.

They said the language is facing dangers from the rise of Al-Arabeezi, Arabic Internet slang in which users do not have to follow conventional grammar and spelling rules, and the percentage of foreign workers in Gulf countries who do speak Arabic.

Vernacular varieties of Arabic were not considered a threat during the seminar, which focused on the challenges the Arabic language is facing, Al-Watan daily reported Thursday.

The seminar, held within the cultural program of the National Festival for Heritage and Culture at Janadriyah, was titled “The Arabic Language and Challenges.”
…

One Response to Accept It: The Arabic Language Is Bound To Change