‘Abandon French?’ Not Any Time Soon In Morocco 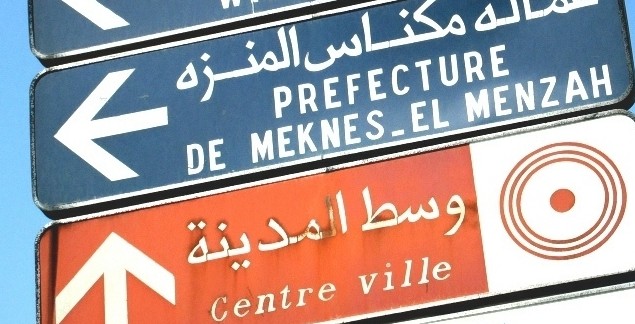 “Should Morocco abandon the French language? The question is now being openly debated after the government announced it was pushing for more Arabic programming on public television.”

Seriously?  When The View from Fez investigated the statement above, we discovered that the debate appears to be limited to the Moroccan magazine Actuel which has a special feature devoted to the issue.

The magazine reports that Moroccan Culture Minister Mustapha El Khalfi has made reassurances that French programming will maintain its current share of airtime, but the push for more Arabic programs has raised the real possibility that the langue de Molière is destined to disappear in Morocco. Though the official languages have long been just Arabic and Berber, French is widely used in business, media and public administration.

French is a remnant of the colonial past and the language of the moneyed elite say opponents, who argue that English is a much more useful foreign language nowadays. French is part of Morrocan culture, and does not exclude better teaching of Arabic, counter Francophiles, who insist French is still a formidable business tool. Yet, English is gaining ground fast and is hugely important for tourism.

Our view? While we agree with those who say English would be of far greater use both culturally and for business, the French language is in Morocco to stay – so get used to it.

Read the full article in… French, here . There are some wonderfully divergent views expressed by readers.

One Response to ‘Abandon French?’ Not Any Time Soon In Morocco