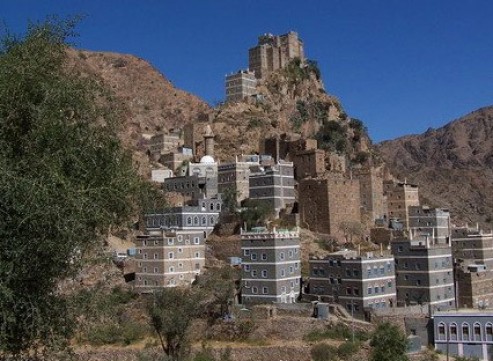 The British media’s focus on a young British Muslim woman who stabbed a British Member of Parliament last month once again shines a gloomy spotlight on Yemen. According to The Guardian, Roshonara Choudhry, a 21-year-old student who stabbed the politician for supporting the war in Iraq, told the police: “I’ve been listening to lectures by Anwar al-Awlaki…. He’s an Islamic scholar. He lives in Yemen.”

As the media concentrates on al-Awlaki’s online sermons, his role in the launch of Al Qaeda’s new magazine, and the Yemeni government’s ongoing battle against Al Qaeda, the real Yemen has been drowned out. Yet it is this narrative – that of the vast majority of the population, not of a few hundred militants – that holds the key to better understanding, breaking stereotypes and perhaps ultimately less extremism.

Inside a coffee shop, near King’s Cross station in central London, British-born Yemeni Abubakr al-Shamahi, 21, sips his hot chocolate and talks passionately about his home country. Not once does he talk about extremism. Instead, he talks of corruption and his fear that donors’ money is not properly spent on long-term development, he laughs at Yemeni parents’ matchmaking, and he raves about the beauty of the old city of Sana’a. No one he knows has been influenced at all by the radical sermons of al-Awlaki.

This is the real Yemen. It is not al-Awlaki’s falsified narrative of a West-hating, militant-training Yemen. It is a country of over 22 million people – over 70 per cent of whom are under the age of 25 – struggling for development and the privilege to join the World Trade Organization. On Facebook, this is what the English-speaking youth in Yemen are telling the world. A Yemeni-Canadian, Issmat Alakhali, 32, attracted over 4,500 users to his page, “I know someone in Yemen and he/she is not a terrorist!” which he launched in January. More recently, Atiaf A., another young Yemeni, started a video project called “I’m Yemeni, I’m not a terrorist”.

And yet, in an interview last May, Al-Awlaki said that he enjoyed free movement among the tribes of Yemen because “the people of Yemen hate Americans.” This is not true. Most young Yemenis learn English because, apart from it being the international language of business, they also dream of emigrating to the United States or Europe to study or to work.

For the average young Yemeni, daily grievances are far more important than politics. Graduates hope to find a job. Young men struggle to accumulate enough jobs to be able to get married. New couples battle with price hikes. Nearly half of the population lives on less than two dollars a day and social development indicators – such as child malnutrition, maternal mortality and educational attainment – remain extremely poor, according to the UN’s World Food Program.

In the north of the country, hundreds of thousands of Yemenis have been displaced by six rounds of war between the government and the Houthi rebels. In the south, a growing secessionist movement threatens the unity of the country, while each month thousands of refugees, asylum seekers and economic migrants arrive on the coast from the Horn of Africa. Nationwide, the next generation will struggle for water to drink as the country’s population continues to increase and its already depleted aquifers rapidly run dry.

Instead of focusing always on Al Qaeda, the international media should highlight the efforts of youth-led initiatives such as Resonate! Yemen, Me for My country, Ayoon Shabah (Arabic for “youth’s eyes”) and the Yemeni Children’s Parliament to tackle some of the country’s other issues. They should profile social entrepreneurs like Hayat al-Hibshi who set up the Assada Women’s Association to help girls from marginalised poor communities go to school.

The media should also highlight positive exchanges between the Muslim communities of Britain and Yemen, such as the British-Somali charity that helped to set up a day care centre for young refugee mothers in Sana’a earlier this year.

More media focus on positive community-led change in Yemen, instead of terrorism, would counter negative stereotypes of both Yemenis and Muslims in the West. The effect would be more respect for Muslims in the West, less feelings of alienation or anger among their children and, perhaps, less reason to listen to a radical preacher in the first place.

This article was originally written for the Common Ground News Service (CGNews).

Alice Hackman has recently returned to London after two years as reporter and Features Editor for The Yemen Times in Sana’a, Yemen. Click on this link for her blog from Yemen: aliceauyemen.blogspot.com.