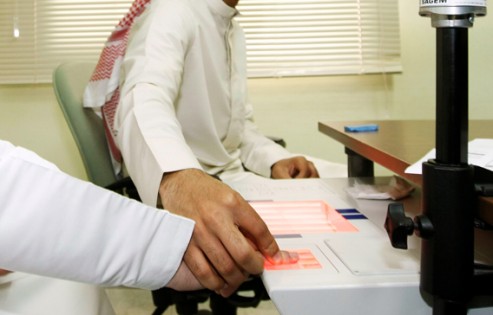 I’ve been moaning about the Emirates National Identity Card fiasco since early in  November 2008 – and I have by no means been alone – many august online voices (including SeaBee and Monsignor Goat) have been reeling around in awe at the ever changing cycles of misinformation that have clouded every aspect of the rollout of the UAE’s national ID card scheme.

I suspect many of us viewed yesterday’s pronouncements similarly – in fact, I voiced my glee on the Dubai Today show yesterday when I prophesied a round of the clarifications that SeaBee loves so well. Quite what has to be clarified isn’t yet clear, because the lack of clarity in the things to be clarified is obscuring quite what could be clearer.

UAE newspaper 7Days, which has slowly but surely been regaining its tabloid swagger following the concerted campaign to eradicate it a while ago, today does what no other newspaper has dared to do. It listened to reader complaints and decided to actually investigate how people are meant to be making an application for a national ID card before the supposed December 31st deadline. Yes, you can pick yourself up from the floor now. It did journalism.

What was the result? The paper’s Nichola Jones called all of the 30 typing centres listed on the EIDA website in Dubai to find out if she could start the application process. Only nine of these were working numbers – and of these, only three answered and only one actually confirmed they were accepting applications. None of the typing centres in Abu Dhabi answered the phone. This is perhaps understandable – one of the Dubai typing centres had explained to the paper they weren’t taking applications as they were working through a backlog of over 1,000 forms.

Ten calls to the EIDA ’emergency hotline’ weren’t answered, confirming what the paper had heard from readers – it’s chaos out there. Here’s Nichola’s story, Identity Crisis On The Cards?

Except you can’t. There is no longer an application application. It has expired.So you can only go to one of these mythical typing centres. It’s worth noting that 7Days doesn’t actually tell us which typing centre was open, contactable and claiming to be able to process applications. That’ll be because the 7Days team are all down there today.

So what happens on the 31st December? Are people without an ID card application registered going to blow up? We can only wait for some clarification.

With all my twenty four years’ in Middle East media and communications, I can tell you that in my professional opinion the introduction of the national ID card system in the UAE has been a case study in botched and muddled communications that has confused, and quite possibly squandered, millions. Some of the amazing backstory is in these posts from the past.

I am only amazed that over two years later, it is still going on.