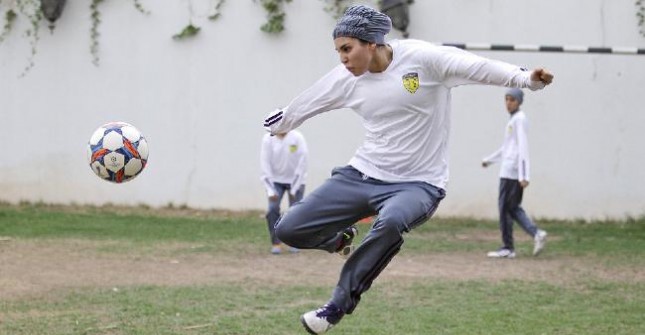 Last month news came out that private schools for girls would be allowed to have a physical education curriculum. Many of these schools already did include such a curriculum such as Kingdom Schools and Manarat Al Riyadh. But there were more and more private schools that boast of having physical education as a way to stand out without having the proper infrastructure for their students to exercise and play properly and safely. So the ministry wisely decided to regulate it instead of banning it completely.
Then a week ago the General Presidency of Youth Welfare licensed the first sports club for women. The literal translation of the presidency’s name is the General Presidency of Young Men’s Welfare. I don’t believe it even occurred to the government in 1974 when the presidency was created that women might want to play sports too.

There is no parallel presidency for young women’s welfare and the men’s presidency is the main government body overseeing sports. Hence it being the most appropriate to grant a license to the first sports club for women.
The news only came after the license had been granted and the club opened, and despite the fact that only a couple of months ago the Presidency had denied that it was issuing licenses to women sports clubs.

Appointing women to the Shoura Council came out of the blue too, when most activists and political analysts were expecting an announcement on lifting the ban on women driving. In schools, the strict requirement that all 7th graders and above wear a tent-style-abaya with a face cover that has no opening for the eyes was quietly dropped. It was left up to the discretion of each school’s principal on whether or not to maintain this dress code as their girls enter and leave the school.

There seems to be a common thread throughout these milestones in Saudi women empowerment; yet the only issue that has and still takes up a lot of space in local newspapers, social media and religious circles, is that of allowing women to work openly in shopping malls. As it was a decision that had practical implications for hundreds of thousands of people, it could not be implemented quietly or slowly enough to go unnoticed.

With regards to physical education in schools, it seems that the government would rather take the down-low approach.
The Ministry of Education has commissioned hundreds of new school buildings to be built with the requirement that they be equipped with sports facilities including full-scale gyms. This requirement is for all school building regardless of whether they were for boys or girls. And it is planned that schools are to stay open after hours to enable the men and women in their neighborhoods to use the gym and recreational facilities.

All girls’ schools have two periods a week assigned to extracurricular activities. Traditionally, these would be used for arts and crafts or play or treated as free periods. Now however, public schools have been allowed to use these periods for sport activities. Another interesting development is that many of the free summer camps for girls organized every year by the Ministry of Education have started to include sports and fitness classes among its offerings. Thus the groundwork is being laid to make that final leap of making physical education for girls a part of the official government school curricula.

Though it’s unlikely that the down-low approach can be sustained considering that it involves training enough teachers to cover over 18,700 girls’ schools and 2.5 million students. Especially since there are no women colleges with courses even remotely related to teaching physical education.

Above all, this is a move that many ultra-conservatives have been fighting in anticipation for years. They knew it was coming and that’s probably why there are no official religious decrees from the Committee of Ifta, although there is one prohibiting swimming pools in women centers.

However many sheikhs on the committee and outside it have issued individual religious decrees prohibiting sports clubs and physical education for females. They argue that girls might be photographed when they change, that it will masculinize them, that it might lead to homosexuality, and that there are more important things for the government to use the money on etc.
Therefore, essentially, it is one of those “lines in the sand” social obstacles that if we could overcome, makes building the infrastructure, hiring and training teachers, and designing a curriculum for sports in schools would seem like a walk in the park