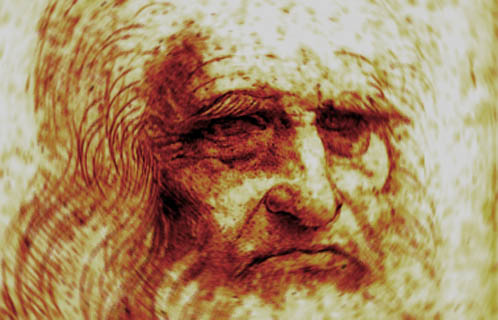 What many people fail to realize about those with special needs is that when a disability occurs in a person (particularly in the case of cognitive ones), more often than not, some other ability is enhanced. These ‘enhancements’ sometimes result in genius.

Western society owes it technological and cultural advancements to such individuals. Among these individuals are Leonardo Da ‘Vinci (dyslexia), Albert Einstein (ADHD), Vincent Van Gogh (mental illness) and Helen Keller (blind and deaf).   People like these living in the Gulf by in large are not as fortunate. The general public considers them objects of pity. They are often delegated to a marginal existence because of prejudice and ignorance.

As a rule, Gulf Arab countries talk big when it comes to doing something about its disabled population, but very little materializes. Believing the disable are deficient and unwilling to admit the magnitude of the issue, the problem is most often sidestepped by some annual ceremony where a token sum is thrown at some state funded mechanism or/and a few photo opts at a school that treats the most severe cases.

To its credit, Saudi Arabia, has adapted a policy of inclusion since mandating through the legislation of the Disability Code. Modeled after the American Disabilities Act (ADA), passed into law in 2000, it is supposed to “guarantee that people with disabilities have access to free and appropriate medical, psychological, social, educational, and rehabilitation services through public agencies.

This legislation further requires these agencies to assist eligible people in areas including welfare, habilitation, health, education, training and rehabilitation, employment, complementary services, and other areas (Prince Salman Center for Disability Research, 2004). “ To develop policy to implement the law, “The Regulations of Special Education Programs and Institutes (RSEPI) were modeled after those U.S. policies and introduced in 2001.

The first regulation for students with disabilities in Saudi Arabia, RESPI outlines rights and regulations for students having disabilities in Saudi Arabia and requiring special education services. The RSEPI defines the main categories of students with disabilities—mental retardation, learning disability, deafness, blindness, and multiple disabilities—as well as tasks for professionals who work with these students. It also describes an individual education program (IEP), elements of an IEP, and individuals who should participate in planning and providing an IEP. The RSEPI includes procedures of assessment and evaluation for students to determine if they are eligible for special education services.

Even though these laws were passed almost a decade ago, they are not practiced in the real world with students with disabilities. In fact, the lack of the effective implementation has created a gap between the framework of these laws and the provision of services, resulting in a lack of special education services for some students with disabilities.

“Some students with disabilities” meaning the majority—since 8 to 10 percent of any given population has some type of exceptionality. Like many Gulf countries, treatment is focused on extreme cases (such as developmental or profound) while the mild cognitive disabilities; the most treatable and largest segment of the typical exceptional population capable of being helped under the inclusion scenario, are ignored. Outside some research stating the obvious need, no definable plan remotely approaching an U.S. ADA type inclusion model appears to exist. Authentically speaking, staff and teacher acceptance and awareness of special needs in Saudi schools—even among Saudis with post graduate degrees, for the most part, is non-existent.

Of the many ways to tackle the implementation of an inclusion program in Arab schools, there are a few matters that must be taken into consideration as was/ is the practice of American schools under the ADA.

In addition to these points, there needs to be a written plan and a mandatory enforcement time table for a far reaching public service initiative like the Disability Code. If not, ‘the inclusion model,’ which many school systems in the US use as a hands off approach to serving its disabled population, will be ‘code’(as it often is in the US) for re-packaging more of the same.

Uzma Raheem founder of the Hope Center for Exceptional Needs in Jeddah agrees that the absence of public awareness and a lack of trained professionals has been a major stumbling block for the development of real special needs services in the kingdom.

“Anyone who tells you that they are satisfied with the current situation is lying big time,” Raheem said when commenting on the lack of progress for Special Education services on a national level.

Special Education didn’t change in the US until there was a public awareness drive that rivaled the Surgeon General publicity series that urged people to stop smoking or taking drugs. If Saudi Arabia were to take that route, a commitment to spend whatever it took to make it happen needs to be absolute on the part of the crown along with a mandate to put people with the right ‘know-how’ in charge—meaning Special Education specialists. These ‘specialists’ and not the money managers should be placed at the helm to make the system work.

To Begin a Plan

The first step to begin a process of change is an advertising and public awareness campaign designed to alter common perception as well as educate– with just as much Fanfair and buzz as the Saudization Program. The public must be acclimated to the changes which have occurred in the law.

The second big step is to create avenues of access for services prescribed by the law which are convenient and openly known to even the non-disabled. In the beginning, this didn’t go very well in the US until the public had been subjected to an intense public awareness strategy for some time. At the same time, the advert of access programs that gave families immediate relief illustrated the benefits of the enacted legislation.

A Possible Route to Implementation: Wrap-a-Round

American schools were faced with similar problems with regard to the delivering of services mandated by the ADA as Saudi schools with the Disability Code. Thanks to a law suit due to the lack of ADA implementation, the Wraparound Program was devised. Unique and revolutionary in its scope and practice, the program was able to provide one to one professional assistance to families with exceptional children. The founding idea of Wraparound is that children and families (and community–environment) are symbiotic social organisms which cannot be thought different from its constitute parts.Though it could be used to specifically treat any child independent of his family, environment and community (and all things that impact him), it is necessary to factor in their impact when devising or even diagnosing accommodations or/and remedies.

Wrap-A-Round by design puts clinical professionals to work directly within the authentic context of the community setting– a perfect vantage point to study and ‘organically’ evolve a psycho-social Education model that best delivers services to people in the reality of their daily lives.

Though the Wrap-a-Round methodology is viable—particularly in view of Saudi’s relatively small population, absence of an understanding or/and acceptance of a contemporary definition of Education as an ‘environmental construct’ along with a lack of public awareness to change archaic perceptions the general population has of people with disabilities, makes implementation of the letter or spirit of the Disability Code problematic.

Although there are some unsung efforts in the Souk (market) of Saudi Education reform, the reality of the Disability Code and the issue of improving special needs services is what it always has been– a slow and arduous process in the Arabian Gulf.

If Saudi Arabia truly wishes to change and better the life of its disabled, it must come up with an implementation strategy that forces public and private schools –as well as colleges and universities to meet the legislative goals of its Disability Code. As with most things in Saudi, this means the government must put its foot down and give a firm warrant to the appropriate ministries for its enforcement.

If the crown can truly institute a system to service and accommodate its disabled population, its impact in the Gulf would be comparable to the abolishment of Apartheid in South Africa. Even to attempt it is the stuff Nobel Laureates are made of.